Good news ahead of our home game against FC Bayern. 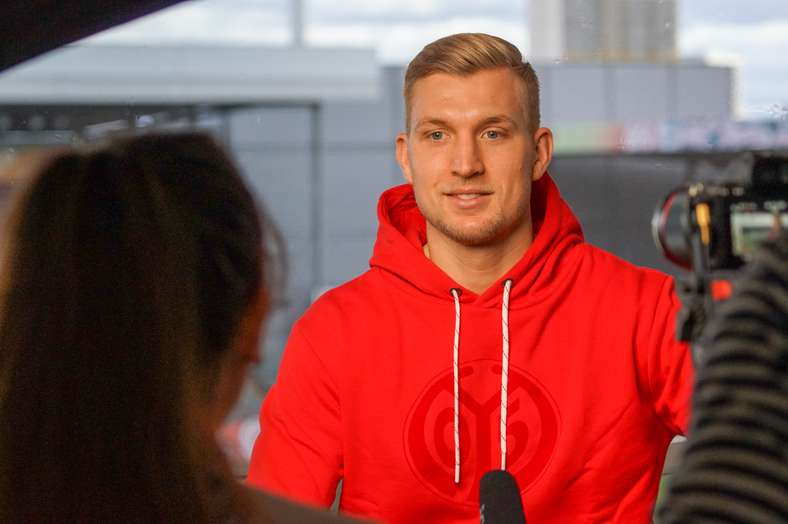 The Mainz stopper has extended his contract until 2023.

Robin Zentner will remain a Zerofiver. The mercurial Mainz stopper and 1. FSV Mainz 05 have agreed to extension until 2023. The 25-year-old is a product of the Mainz academy. He joined the club in 2006, and has been a part of the Zerofivers’ first team squad since the 2014/15 season. He made his Bundesliga debut in October 2017. He has made the number one spot his own this season, being a regular starter since matchday 4.

“Robin is second to none when it comes to players from our academy. He’s constantly been developing since his time in our youth set-up, has always worked phenomenally hard, and has shown his quality, even in tough situations. His belief in himself and his mentality mean he’s been able to conquer any challenge thrown his way. This year, he’s won his starting berth through good performances. Robin is an absolute leader, both on and off the pitch. We’ve got three great keepers in Robin, Florian Müller and Finn Dahmen, who always push each other to be the best. All three have come from our own academy. That speaks a lot about the goalkeeper coaching in our age groups,” said sporting director Rouven Schröder.

The goalie himself added, “I’ve been a Zerofiver for 14 years, with a short interruption. FSV is my home, my club. I have close ties to the club and the region. I fulfilled my dream of becoming a Bundesliga goalkeeper here. We want to continue this dream in the Bundesliga. I will give everything for this team in order to stay in the first division. I want to do my part in this.”