Mainz’ first Bundesliga game behind closed doors against 1. FC Köln on Saturday could be “a little bit special.” 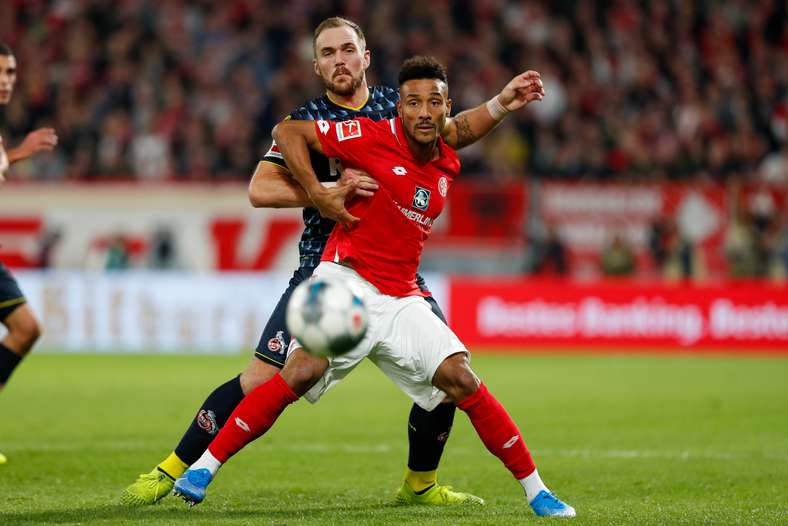 The game against Köln has the potential to be a unique fixture.

Football matches have been played against 1. FC Köln without fans before, and recorded to test out new tactics or players in preseason preparation or international breaks. On Saturday however, Mainz 05 will play away against Köln in their first Bundesliga game behind closed doors to try and get a crucial three points, in front of no fans. The entirety of Matchday 26 will consist of these “ghost games”. Mainz coach Achim Beierlorzer says that while the occasion will be “a little bit special,” he added that “The whole situation is a bit strange.”

Köln already played the first Bundesliga match behind closed doors when they faced Borussia Mönchengladbach in their 2-1 derby loss on Wednesday evening. It is hard to speculate whether it will be Köln or Mainz that have the advantage in these unique circumstances, said the Zerofiver head coach. “It could be an advantage, but it also could be deeply frustrating, especially since it’s in an empty stadium.” The impact on the absence of Köln’s famously packed and passionate atmosphere can barely be measured. “We’ll know more afterwards,” said Beierlorzer in the press conference two days before the match.

"We tried to mimic the situation."

On Monday the DFL is convening a meeting of representatives from football clubs to address the measures that must be adhered to now in the wake of the coronavirus outbreak. “We have to find out what the correct path is to take as a result of this problem,” said Rouven Schröder. “On Monday we need to decide how best to proceed in a clear direction.”

The coach needs to prepare his side for the unique occasion. “We tried to mimic the situation by moving training to the Bruchwegstadion, in order to recreate the atmosphere, where you can hear every shot and every word. For the team, there’s a whole other aspect, where everyone can understand each other, so naturally we can also push forward together,” explained Beierlorzer.

With or without fans in the stadium, Mainz will face a difficult test. “It will be a difficult game, because Köln are in good form at the moment. Their record of eight wins in 11 games is amazing. In their chosen 4-2-3-1 formation they are compact. It is a very difficult challenge. But we will accept it and move forward from it.”

For the 52-year-old, it is the first return to his former job, where he worked for three months this season. His former team have a clear plan, a good balance and are able to exert some extremely early pressure. “We must not be allowed to lose the ball under this pressure. We need to be organised and well structured. It would also be good moving forward if we were to get Jhon Cordoba under control and restrict them to having as few crossing opportunities as possible.” Cordoba’s size has often proved decisive in Köln’s games this season. The Colombian midfielder has become a goalscoring threat since his time at Mainz, in addition to his qualities through the centre. This quality is one that Mainz should specifically pay attention too, especially at set pieces. “Köln often open the scoring from set pieces, but we will come out on top in those instances,” said Beierlorzer. “What we need to do to tip the scales in our favour is to play better football, move around better, make better use of our time in space, and keep the formation structured.”

The poor 1-1 draw with Fortuna Düsseldorf has been worked on and ticked off. “It was a bad game for us, but we got a point and we kept Düsseldorf at arm’s length in the table. Now it’s a new game. We can’t keep dwelling on old news. We’re starting from scratch now, and we will get our chances in the next match.