"WE HAVE TO PUT AN END TO THE MISTAKES" 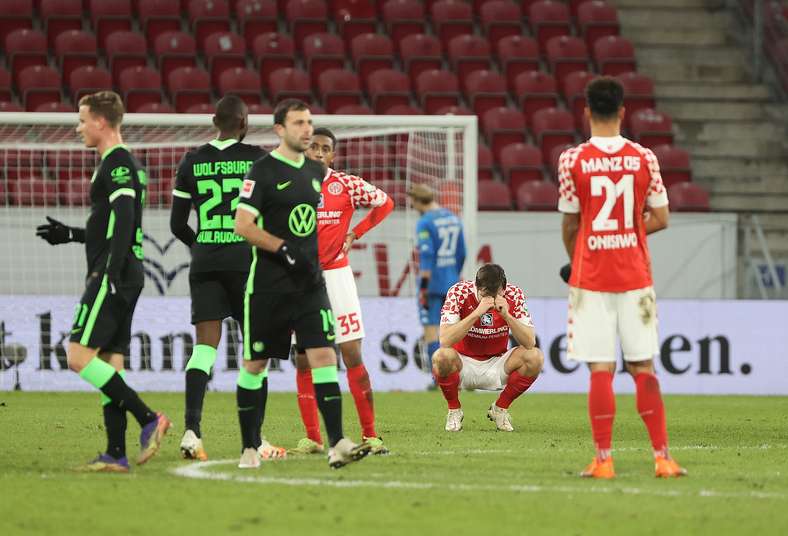 "A classic nil-nil game," said sporting director Martin Schmidt on Tuesday evening at the OPEL ARENA. The fact that the visitors from Wolfsburg still managed to win 2-0 in the end was primarily due to the consistency of the visitors, who were on the spot when the defensively stable Zerofivers finally made a mistake and were subsequently unable to find their way back into the game.

Dominik Kohr: Wolfsburg had two chances, which they took without hesitation. Nevertheless, you could see from the first minute that we had a plan and went into the game with fight and passion. I think that can help us out of the situation. I was aware of the situation, but I am convinced that we can turn it around. I would like to help with that. Staying in the league is the big goal, and I will work for it every day.

Stefan Bell: I think we did well defensively and were even more stable than on Saturday. Actually, there were no major chances on either side until the first goal (that can't happen in a five-man defence). First of all, that's a compliment to us, and we shouldn't let that ruin our game, it felt good. Of course, in a game like that, when there's not much going forward, we have to keep a clean sheet at the back, avoid individual mistakes and maybe even nick a goal from a set-piece.

Martin Schmidt: It was a classic nil-nil game for long periods. Then the pass came into the area and the defence couldn't react. Then we realised that we are not exactly blessed with self-confidence at the moment and we were a bit dejected. That's how the game ended 0-2, although we stood well defensively for a long time, even against this opponent. The training work is reflected in that. Sometimes, after winning the ball, we lack the freshness to go forward, we have to address that. Bo is turning the right screws, but we have to stop making mistakes. I am convinced that we will then start scoring.