Up to the federal government

Mainz sporting director Rouven Schröder spoke to the media following the DFL's announcement on a possible return date for the Bundesliga. 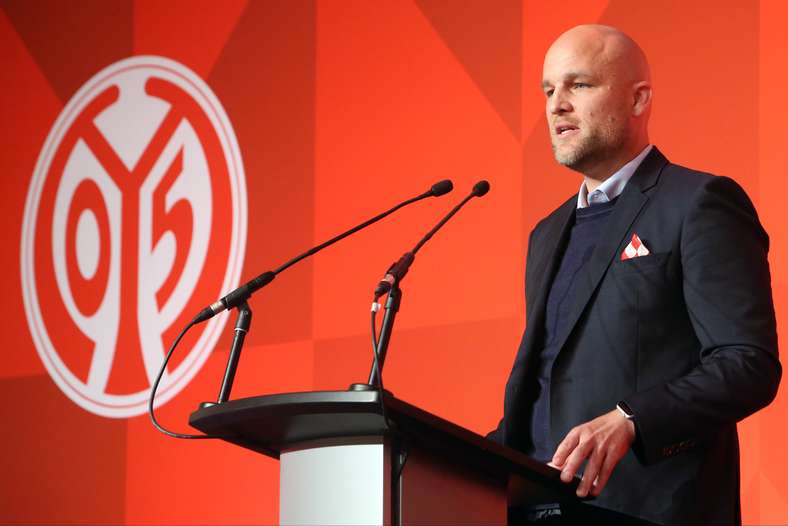 "Getting ready for go-time"

The decision on a possible resumption of matches in the Bundesliga now lies with Germany’s politicians. On Thursday afternoon, the DFL made the announcement after a general (virtual) meeting. They say that preparations are in place for football to be played again in May, but also recommend erring on the side of caution. Rouven Schröder echoed the recommendations after the meeting, saying that football should not claim “any special role” for itself.

The Zerofivers have been back training in small groups at Bruchweg for around two weeks now. On Thursday afternoon, sporting director Schröder underlined the fact that compliance with official regulations remains an absolute priority. “Neither the DFL nor football set the path, that job remains with the federal government,” Schröder said in a digital interview with the media.

The Zerofivers’ board emphasised that everyone at FSV feels “very well informed” and represented by the DFL. The DFL recently presented a binding medical concept as well as guidelines on stadium organisation to political decision-makers and pledged to provide coronavirus tests for the public health services to the tune of €500,000. “It was another very constructive and well-structured meeting today. Compliments to the DFL, who’re doing a really good job.” Representatives of clubs and the DFL discussed matters for around three hours and also came to the conclusion that €7.5 million should be distribute among 3. Liga and Women’s Bundesliga clubs. Schröder said that this was a great display of solidarity.

So what next? Schröder said that we must remain patient. A policy of taking small steps is still the order of the day; “as a community, we in the Bundesliga are getting ready for go-time in a constructive manner. The current idea is very well developed. It’s now important to deal with things clearly and with transparency, to comply with regulations such as social distancing, not to place football above society and also to prepare the players in the best possible way and to provide comprehensive information. We’re constantly exchanging information and must be sensible, take concerns seriously and prepare as best we can. This is done, for example, by means of leaflets with detail information on behaviour on and off the pitch.” Team physician Dr Kathrin Stelzer was also appointed at the Zerofivers’ hygiene officer.