COMPLACENY WILL NOT BE ALLOWED

Lichte: "How does such a performance come about? What do we have to invest? These are questions we have to deal with". 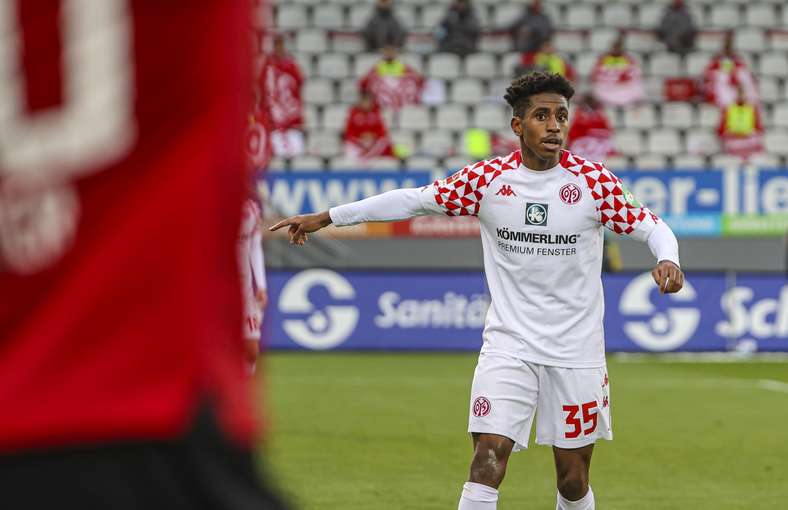 Only Manuel Prietl of Arminia Bielefeld ran more kilometres in the Bundesliga this weekend than homegrown Mainz player Leandro Barreiro.

The next game is always the hardest, according to an old football saying that is probably eternally valid. And so, on the day after the away win against Freiburg, a thoroughly satisfied Mainz head coach spoke not least about the challenge now facing him of replicating the performance from Breisgau into the coming week, which is to prepare for the match with Hoffenheim on Sunday (6pm CET in the OPEL ARENA). "We must not assume that the knot has now been untied and that it will automatically continue like this," emphasised Jan-Moritz Lichte after his first three points as head coach. In order to repeat the performance from Sunday, the 40-year-old said several things have to be carried out in the coming days.

"A more pleasant feeling, let's say," was how Lichte summed up the atmosphere in the dressing room on Monday morning. Relief was noticeable, but in his view to relax was completely out of place. Understandable, as a loss of concentration or focus would be dangerous. A luxury that one should not allow oneself under any circumstances. After six defeats in the first six games, the Zerofivers have found their way into the lower mid-table, but after four points from the two games against Schalke and Freiburg they have now climbed out of the relegation zone for the time being. A snapshot, a small sigh of relief, but of course still far from a balance that meets the demands around the breakaway after almost a quarter of the season. At the beginning of the week, the head coach chose a different approach and included the players in the analysis. "How does such an achievement come about? What do we have to invest? These are questions we have to deal with. It must be clear that a few percent less will not be enough. We will see in training this week whether all players are aware of this.

After all, Lichte also knows about a peculiarity that the Mainz squad has had to fight against for years. Fluctuating performances, mysterious rollercoaster rides, regularly not maximising potential. But the red-and-white team in Breisgau proved how quality can be exploited in the squad, leading 3-0 after a spotless first half, which was almost flattering for the hosts given the amount of chances for Mainz. "We didn't give Freiburg any room in the areas we were planning to play in. We were patient, we didn't let ourselves be lured out and we pushed into the areas where we thought we could win the ball." What we saw after we won the ball was more than impressive. We stole the ball in key areas, performed purposefully and dynamically, tidy passing and a cold-blooded goalscorer in Jean-Philippe Mateta, who could have easily scored five goals, pulled Freiburg's tooth early on. The newly formed defence, with Alexander Hack as the stabilising central element, completed a good overall performance, which was ultimately rewarded with three well-deserved points and underpinned what nobody has any doubt about: This team not only has potential, but also presents itself as a team, putting more of what the head coach demands of them into practice week after week.

Make this style recognisable over a long period of time

The head coach explains: "It's because the boys work hard. We're a physical team, we can have advantages if we put our heart and soul into it, we have to understand that and adapt our playing style accordingly," explains Lichte, adding the long-term goal: "We want to make this style recognisable over a long period of time and stick to it as long as possible in every game. The humble approach to the first victory of the season should counteract complacency and prevent the players from investing less in training or in a match than they have done previously. Lichte let his players know this before the day off on Tuesday. "Today in the dressing room I mentioned what happens when we are satisfied, and I also asked the boys: What happens in your heads? They should think about it. Because without 100 percent effort, it will be nearly impossible for us to win a game. If we understand the mechanisms that go on in our heads, it will help us."

Helping to constantly recall what the team is made of, what the training units are working on together. In the coming days he will take a close look at "who is working as hard as in the last few weeks". After all, there are always other players waiting for their chances to play, the head coach underlines the quality of the units in the big squad. "We didn't win the game in Freiburg just like that," which is why a form of calmness could now be the wrong advice. "We have seldom been successful with 'calm'." The head coach never tires of emphasising the approach to the match against Hoffenheim as well as the other energy-sapping weeks until the end of the year. It was no coincidence that on the eighth matchday, Leandro Barreiro (13.17 kilometres), Jean-Paul Boëtius (12.92 kilometres) and Levin Öztunali (12.78 kilometres) were among the top five best runners in the league: "It's now up to each individual to show: 'I have understood. Then we'll have another good game against Hoffenheim. It is the next tough test that the Zerofivers want to pass together."