Three points instead of narrow defeat

The Mainz coach is demanding good mentality, concentration and stability, as shown in Berlin, from his players. “Schalke are clear favourites, but we’ll have our chances.” 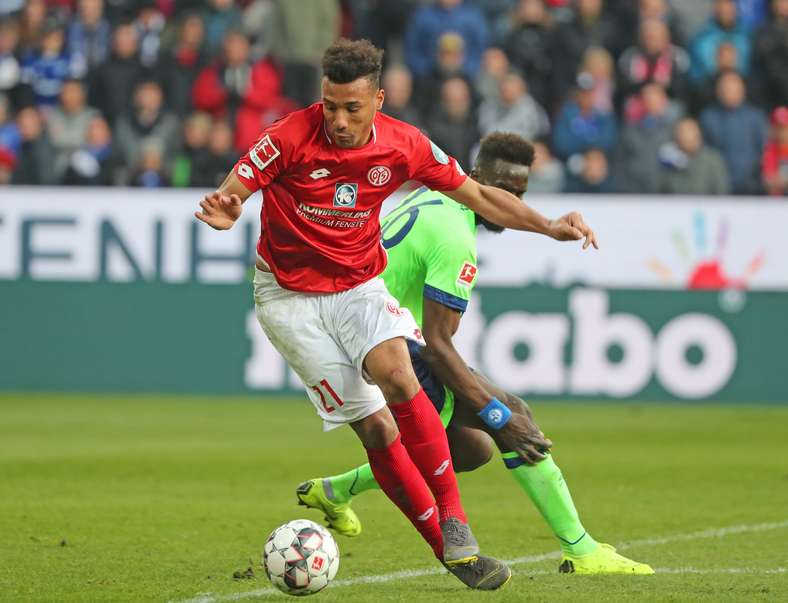 Onisiwo's favourite opponent? The Austria grabbed a double against the Royal Blues in a 3-0 win in the OPEL ARENA last season.

Last weekend’s 3-1 away win has done 1. FSV Mainz 05 a world of good. The victory was important in regards to the table, and for lifting the spirits within the squad ahead of Sunday’s game. At 18:00 CET, the Zerofivers take on Schalke 04 in the OPEL ARENA. “It’s a home game, and obviously we want to use this to our advantage and create something special with our fans. We’ve been close to winning these games at home, now we want to do better than being close,” said Achim Beierlorzer in his press conference on Friday.

The match against six-placed Schalke falls on this year’s ‘carnival game’, which will see the Zerofivers take to the field sporting colourful kits, designed especially for the occasion. At 16:00 CET, various carnival festivities will commence in the Arena, these festivities will also run through half time. Beierlorzer said that the mood in the camp has been good this week, but that is more to do with the win in Berlin than the upcoming carnival.

“We haven’t felt any of (the festivities) throughout our preparation. We’re focused on what we’re doing,” said the Mainz head coach. Beierlorzer did go on to state that Sunday would be a special day for the club and the fans. “So it makes sense to maintain this situation in a positive way.” Beierlorzer could even be the first Mainz head coach to guide his team to a win while wearing the carnival kit. In recent years, the kit hasn’t seen much success. “Super, we’ll do it,” Beierlorzer said upon being given the info.

“It’ll be 90 minutes of uncompromising Bundesliga football, a relegation battle,” Rouven Schröder knows the importance of picking up three points on Sunday. He said that the aim is to find a balance between everything, and focus on winning. Schröder said that the team have been concentrating well throughout the week. “Even the players that didn’t feature in Berlin have trained hard. The group has become closer again. Not only as people, but with their performances,” said the sporting director. “Maybe it was important for a few other players to be on the pitch,” Beierlorzer added. The away win showed that there is enough quality in the squad. Every individual has put himself aside for the good of the club. “We want to continue like this!”

This will absolutely be necessary, because Schalke will likely be a tougher nut to crack than Schalke. “Schalke are having a great season. Their new head coach has got them playing a great brand of football with an aggressive approach, the show great desire and press hard. It will be an extremely tough game, we know that,” Beierlorzer explained. “Schalke have some fantastic individuals. We’ll also have our chances to get forward with our quick players, and we want to look for opportunities.”

Get the job done as a group

The coaching staff are trying everything they can to make sure the Mainz players stay switched on and focused. “We managed that in Berlin. It was a tip performance. We need to build on this. We need to be really compact again, make sure we close the gaps, and approach it smartly. We’ve got to be strong in the challenge, be there for each other, and get the job done as a group. We also need to believe in our own ability. Schalke are clear favourites, but we’ll get our chances and need to be resolute.”

Of course, Beierlorzer knows that our opposition will be studying all things FSV, and they will be going through all of Mainz’ home games with surgical precision in their analysis. “The mentality we took to Berlin has to be our mentality against Schalke. It’s important that we recreate it on Sunday,” Beierlorzer encouraged.