Rouven Schröder, Achim Beierlorzer and Oliver Glasner give their thoughts on Mainz' 4-0 loss to Wolfsburg. 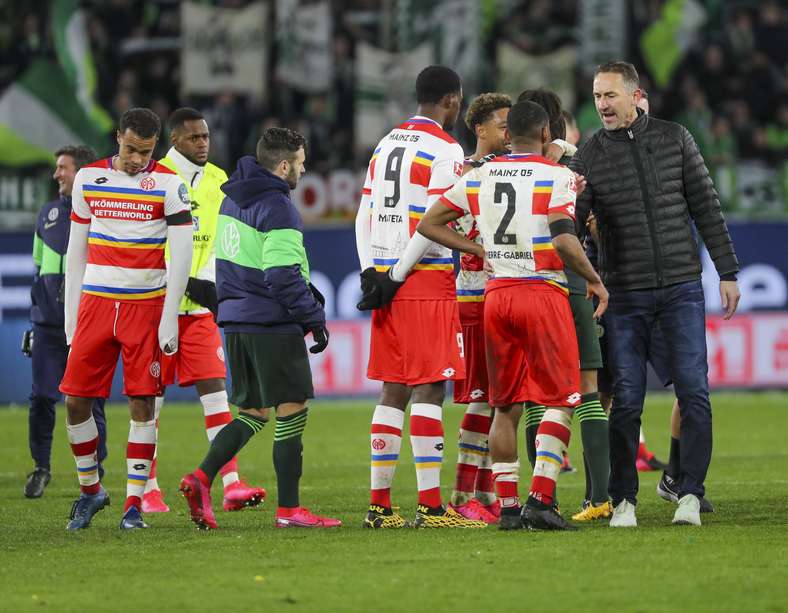 Despite starting strongly, Mainz fell to a heavy away loss.

Achim Beierlorzer: "We are very disappointed because we had a plan for this game. You can see this at the beginning, because we forced this series of corner kicks from our dominant play. The team also showed a strong will. When we conceded the first goal the situation changed and Wolfsburg won more and more tackles on the offensive and on the defensive. We could not get the ball off them and got too stretched. The tackles were the key today, and Wolfsburg dominated those. We have to show a completely different side of ourselves in the next few games. They're going to be very important for us!"

Rouven Schröder: "The way we played today and the number of challenges we lost was unacceptable and is difficult to understand. Especially coming on the backs of our last two games, in which we looked much better. We need to understand that performances like tonight will make things difficult for us. It's important to be honest with one another, to look ourselves in the eye and to be critical. I was particularly displeased to see how we allowed ourselves to be pushed aside in certain situation. That makes me very frustrated. We had some chances, but we don't want to mince words. The only ones to deliver a performance worthy of the Bundesliga tonight were our fans."

Oliver Glasner: "The match began a bit lopsided with all those corners. We then took an unexpected lead through a great shot and found our way into the match. Renato Steffen and Josip Brekalo did a great job, and we always had several options up front. We managed to score at the right times, which helped build our confidence. I'm very pleased with the game and the clean sheet."