THIS IS HOW DAY TWO WENT IN BAD HÄRING 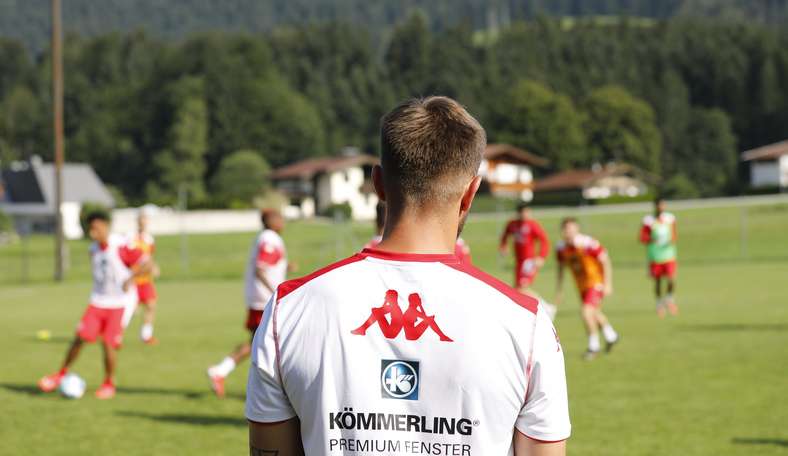 Day two of the summer training camp in Bad Häring, Austria: After the Zerofivers arrived at the team hotel "Das Sieben" on Tuesday morning and completed a first training session in front of spectators in the early evening, the tempo and intensity will now be gradually increased. The venue remains the sports ground of FC Riederbau Schwoich in the neighbouring village.

After yesterday's opening training session, head coach Bo Svensson's team first had to regenerate with ice water in the hotel garden. Before that, Jonathan Burkardt was the first to try his hand at "crossbar shooting" (see for yourself how he did!) as part of the training camp challenge on Instagram after the end of the session. After a short team meeting, it was straight off to dinner, where it was time to recharge the batteries as quickly as possible after the day's arrival with a view to the first day in Tyrol with two sessions.

It began on Wednesday morning with a joint breakfast, the obligatory Covid tests, a team meeting and an activation programme in the hotel. At ten o'clock, Svensson finally asks his boys to take to the pitch for the first training session of the day, followed by lunch together. Afterwards, media appointments are on the agenda for many of the players - the head coach himself will already speak to journalists after the morning session - before the second training session of the day starts at 4pm. After dinner, the 05 pros will have completed their compulsory programme, and there will be plenty of distractions for the players and the coaching team in the hotel and on the extensive grounds.