"They need to back it up with their performances first"

The strengthening of the side’s collective team spirit is one of the challenges of the coming season – the average length of time players spend at the club is 4.4 years 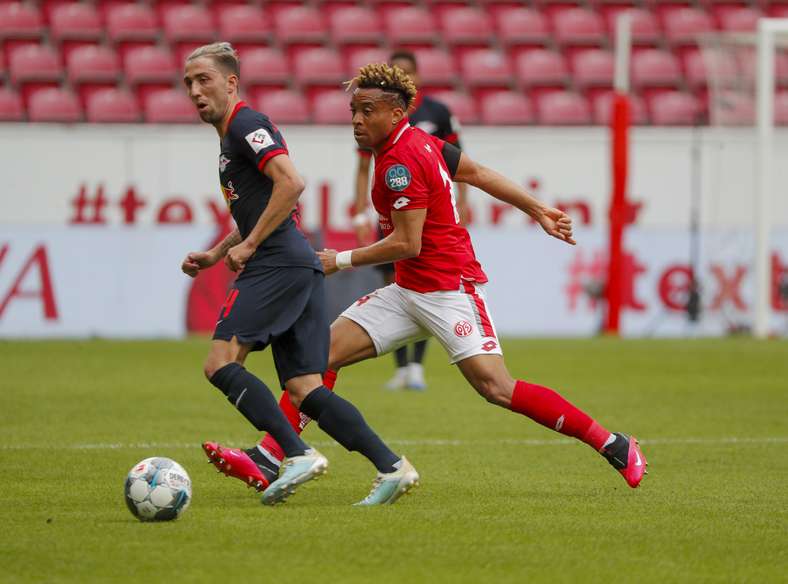 Heavy losses, such as against Leipzig this season, should not be repeated.

It involved outside influences as well as team cohesion, but in the past few weeks the team had come together in order to face the tough relegation battle head-on. Games where 1. FSV Mainz 05 give the impression of “a non-team, that has to endure heavy losses,” as Rouven Schröder said, should become a thing of the past. “That’s the overall intention. We need to tackle this of course, but it’s good that we can do it in the Bundesliga.”

In the most tense phase of the end of the season, it was the captain who took on the mantle of “the face of the team”. Danny Latza took the leadership role on the pitch too, and showed to the spectators that he’d taken personal responsibility and energised the whole team, who eventually survived the drop. After that, the 30-year-old admitted that his team had very little consistency for long stretches of the season, and didn’t really gel together as a team. Only when things got really tense, “you could see in the games in Frankfurt, in Dortmund or against Bremen, how unified we can be, how passionately everyone can fight for one another,” said Latza.

The sporting director agrees with the Zerofivers captain. “It’s always important to lead. It is nothing short of exemplary that a captain can address such internal and external things,” said Schröder in the final press conference. “When players publicly say that they weren’t part of the same team at times, then that’s one of the most sensitive issues you can have. Then it’s a problem. It’s much harder when you can see what that team can achieve when it works together, and also what it’s achieved by doing that in the last few weeks.“

That’s precisely what the task for the players in the new season needs to be. “But the team itself can’t break apart when there is something wrong.” Possible unwanted developments, small groups and similar things need to be taken care of at an early stage. The sporting director doesn’t believe that the reason his players sometime put in half-hearted performances is because of the existence of other, bigger clubs. “We have a high-level of commitment to the team within the squad,” said Schröder, who began quoting the statistics. “Currently our players stay an average of 4.4 years at the club, which puts us third in the Bundesliga standings. In the last ten years, the average length of time the players stay was 3.59 years. This shows us that we have more than enough players in the squad who also play a role and that there is no high level of fluctuation in the squad when it comes to the Bundesliga.”

Schröder admits that if a well-performing player at the club wants to take the next step of their career elsewhere, then that would be a legitimate issue. “But while that player is here, they will do everything they can to represent the club with complete conviction.” The 44-year-old reacted strongly when it was suggested that Mainz 05 was merely a stepping-stone club for players.

A Clear Message to All

"That is not true. We’re anything but a stepping-stone side. We’ve become more than that, we’ve been a Bundesliga team for twelve years and play at a particular level. Everyone needs to be aware of what it’s like to play for a seasoned Bundesliga club. The player can say that he’s destined to play at a high level, but in order to do that they need to back it up with their performances first. That’s a clear message to all,” explained Schröder.

We will give the team even more support.

The coach emphasised that every player need to integrate and take responsibility within the team. “We will give the team even more support by installing more mechanisms and creating a direct dialogue,” said Achim Beierlorzer. There are plans to expand the backroom staff, in addition to elected members, to name players who are important to the club’s sporting leadership. Consideration will also be given to a mental coach or psychologist. “Even so, everyone needs to train to ensure they reach their potential and contribute to Mainz 05.”