"THERE ARE NO QUESTION MARKS" 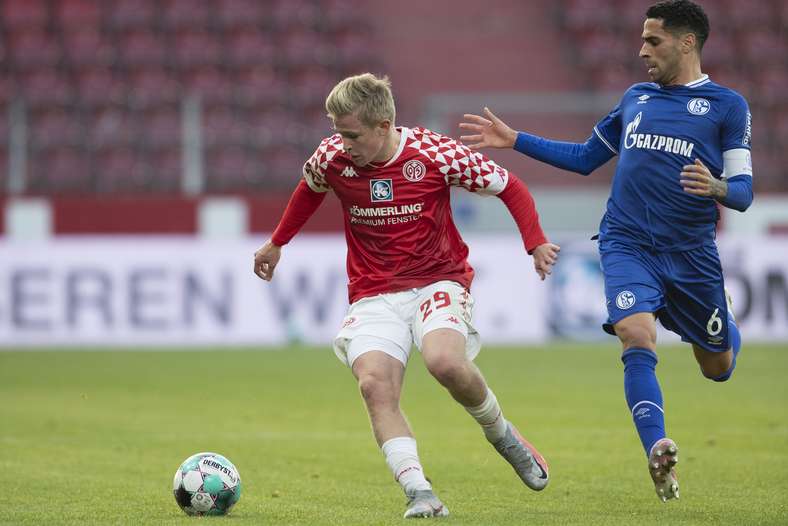 A poor run of form, as the Zerofivers are currently experiencing with only one point from seven league games, always raises the question of personnel changes. Even within the squad. Anyone can earn a place in the starting eleven, says head coach Jan-Moritz Lichte, citing Jonathan Burkardt as an example of how to earn a place in the starting eleven from impressing in training.

Burkardt was one of the most impressive players for Mainz in the 2-2 draw against Schalke 04. Extremely fierce, aggressive and pressing intensely , with good runs in behind, and chances on goal. The 20-year-old could have decided the game. "Johnny had a very good week in training behind him. He left no choice but to be on the pitch. There are no question marks," said the 05 coach. "He then put that into practice in the game." The same applies to Edimilson Fernandes. "It was not a spectacular game from him. But the way he sacrificed for the team is very noteworthy. Starting in the number ten position, then moved to the right side and at half-time to the left. He played positions he never dreamed of himself."

"The question is also asked by the coach"

Lichte is aware of the situation that there are currently a number of unsatisfied players in his squad who feel that they too deserve this chance. "That is definitely the case and it would be strange if it were not. Something like that will come up, maybe even for good reason," says Lichte. "The question of whether you would have won with other players is also a question for the coach. I can only say that all the players in the squad have already won matches with us, but also lost. Nevertheless, the players want to know why they are not being used. We as coaches set the line-up according to what we see. And if we have the feeling that someone is clearly better than another in training, then he is a step ahead for us. But I will not, because we lose, select a player who does not prove himself in training to replace another," says the Mainz coach.

Burkardt had taken this step before the Schalke game and was selected over experienced attackers like Karim Onisiwo or Robin Quaison. "Just like Leandro Barreiro, who is said to be one of those, and someone who always gives his all in training. These are examples by which all others must measure themselves and ask themselves: Am I really better in training than those who played, or am I just playing along?" In the end, the coach must also evaluate according to such criteria and the player has to accept that.

Overtaking not so easy

"Despite our position in the table, we are still a Bundesliga team in which it is not so easy to replace other players," emphasises Lichte. This also applies to the players from the youth team, who have made the leap to the first team squad. Like Paul Nebel, who played in the first four Bundesliga games, but was not part of the squad in the end.

"Paul has done his job well and continues to be close. He also has the chance to draw attention to himself in such a way that we say we can't not select him. However, it is sometimes the case with the young players that they are often very good at the beginning of a season and then fall a little bit because they have to process their physicality first. "I wouldn't hesitate to let any of the young players play, nor do I have the feeling that anyone could say that this has anything to do with our position in the Bundesliga when they play," explains Lichte. "Nevertheless, they are in competition with all the others."