"THE TEAM MADE A GREAT IMPRESSION"

Quotes from the OPEL ARENA after the home win against Leipzig 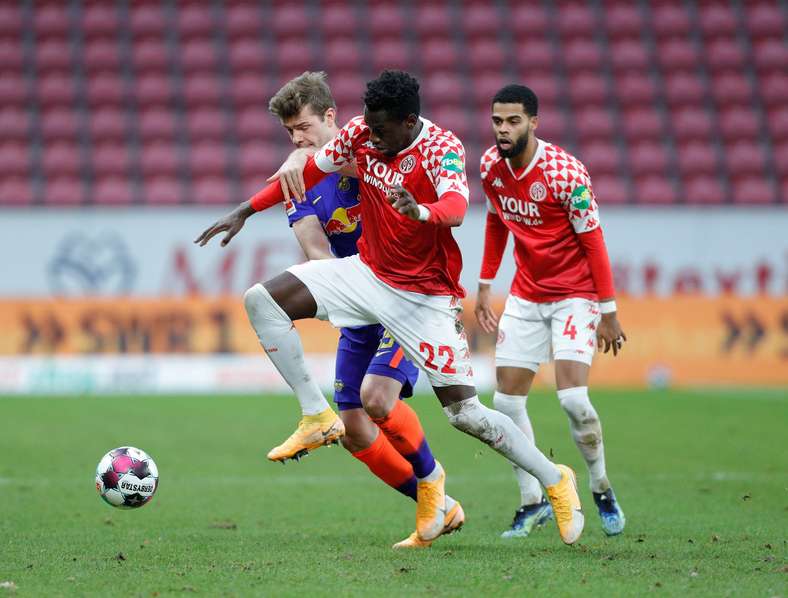 Danny da Costa won 88% of his tackles on his debut in the 05 jersey.

What a redemption on Saturday afternoon in the OPEL ARENA! On matchday 18, the Zerofivers turned the tables at home with a hard-fought 3-2 (2-2) win over RB Leipzig and secured their long-awaited first home win of the season. After a passionate 90 minutes, it was a deserved victory against the second-placed team, who had repeatedly struggled against Mainz's well-organised defence. Pride and hope were rightly reflected in the voices of the Mainz players after the game.

Stefan Bell: It was a brutally intense game with early setbacks. We handled that very well, which is not a foregone conclusion in this situation. It was extremely important that we equalised quickly and went into the break at 2-2. In the second half, we wanted to press a bit more because we didn't have the feeling that Leipzig would have many solutions. We wanted to take more risks and force long balls. That worked well, we won the ball higher and also kept it in the opponent's half. We were simply active and that was extremely fun.

Moussa Niakhaté: We knew it would be difficult against one of the best European teams. We wanted to keep our heart on the pitch. We came back twice and won. A great performance and mentality. I didn't have a special feeling in my head when I scored, I just wanted to put the ball in for the club that I want to give something back to.

Danny da Costa: I'm happy to be here and the team made a really great impression. In this situation, you can't start any better. We came back very well after the early goals, never lost our focus and stuck to our game plan well. In the second half, we almost went one better and defended everything away. We deserved the victory in that way.