The ball will take pride of place

Quaison scored three and took the match ball home. Szalai is pleased with the performance. 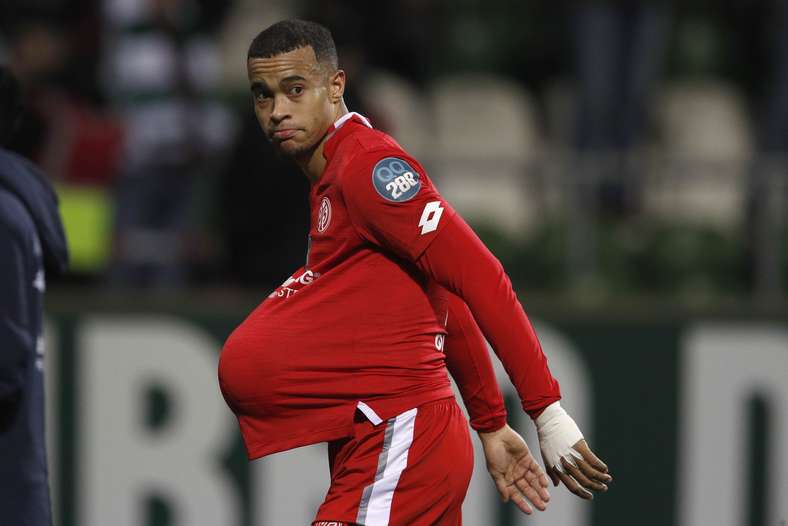 One, two, three, Mainz! Quaison took the match ball home, where it will be kept in a prominent place in the Swede's home.

Robin Quaison tucked the ball under his shirt as he walked off the pitch towards the changing rooms. “This will take pride of place in my house”, said FSV’s hattrick hero after the spectacular 5-0 away win against Werder Bremen. Three from the Sweden international, an own goal and Jean-Philippe Mateta’s first goal of the season; this is what carried Mainz to an important victory ahead of the final match of 2019, against Bayer Leverkusen.

Ádám Szalai, Levin Öztunali and Jean-Paul Boëtius weren’t on the scoresheet, but they all had a hand in the goals on a famous night. The opening goal started with Szalai, the Hungarian chested the ball down to Öztunali, who played in Quaison with a sublime pass to provide the Swede with the chance. It took just nine seconds for the ball to travel from Szalai’s chest to the back of the net.

Thanks to the providers

Szalai and Öztunali were at the heart of the second goal. The German aimed a cross in towards the big striker, which was turned goalwards by Werder defender Milos Veljkovic in the chaos. The ball sailed over Jiri Pavlenka in the Bremen goal and struck the post, before bouncing off the ‘keeper’s back and into the goal. Boëtius provided the third after winning possession back high up the pitch. A nice 1-2 with Ridle Baku followed, before the Dutchman played a sublime pass to Quaison, who finished calmly. Mainz’ fourth saw another Szalai involvement. Aarón’s cross found the striker, whose subsequent header fell to a waiting Quaison at the back post. The Swede was never going to miss. The final goal was finished by Mateta and created by Boëtius. The young Frenchman hadn’t been on long before he was able to get on the end of Boëtius’ pass and fire it low, between the goalie’s legs, and into the back of the net.

“I received three good passes, so it was easy to score three goals. Thanks to Jean-Paul, Ádám and Levin. It was a special game. The JP came on and scored”, Quaison said after his first ever Bundesliga hattrick. Mainz’ sporting director heaped extra praise on the Swedish striker. “Robin was switched on and took his chances calmly”, said Rouven Schröder, who acknowledged the progress that the striker has made since joining the club in the winter of 2017. “It goes under the radar about. Robin was signed for Palermo for not very much money and has developed a lot here with us. He scores regularly, with the Sweden national team too. He stays in the shadows sometimes. He’s a good guy. We’re happy to have him.”

Szalai was also very pleased after the game. “I’ve often said that we have a lot of talent and potential. When you go out as a team, press the ball with intensity, concentrate on defending well, when you hold the other team at arm’s length and we play with courage, then the chances come from the beginning of the game”, explained the seasoned veteran. “Defending from the front, helping one another, these are the things that you need against opposition like this. We did our jobs well and took our chances coolly. It was more important that we won the second half too. That makes me even happier”, said the centre forward. “When you get three points away from home against a direct rival, the points are worth double.”

This was the first clean sheet that Mainz have kept all week, due in no small part to the two central defenders, who were outstanding at the back. They won tackles and areal duels. Moussa Niakhaté and Alexander Hack put in stellar performances. Hack, who replaced the suspended Jeremiah St. Juste, made his fifth appearance of the season, and it was by far his best.

“Since I’ve been playing for Bremen, our trips to Bremen have been quite tough. When you take the lead away from home, the crowd gets involved and that can make it hard. We knew it would happen”, Hack said. “We accepted the challenge; we were patient and waited for them to make mistakes. We were great on the counter today. Bremen couldn’t live with it. Now we need to stay on it and play well against Leverkusen, so that we can go into the winter break feeling good.”