"That was no miracle"

The win against Paderborn should be an example for the team in their upcoming games. 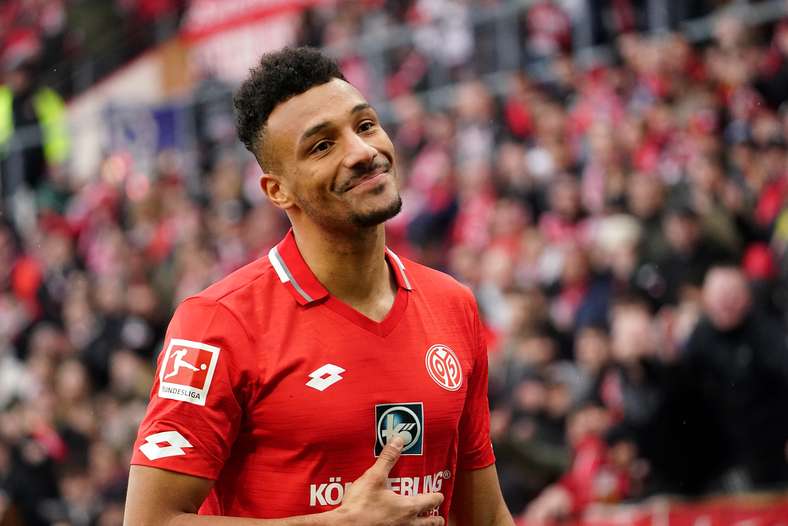 After the good win against Paderborn, this week's game gives the team a chance to do it all over again.

Robin Quaison and Karim Onisiwo provided the goals to cap off a fine Mainz 05 performance on Saturday, which involved powerful tackles and well-crafted runs. These individual moments of quality supplemented an important team performance in the 2-0 win over Paderborn. Another sparkling performance in the side came from Phillipp Mwene, who made his first appearance in Achim Beierlorzer’s squad since his injury absence.

The players‘ appearance spoke volumes, as Karim Onisiwo’s clean and neat tracksuit and jacket before the match stood in stark contrast to the muddied and dishevelled appearance of the forward at full-time. His filthy appearance at the final whistle showed that he had sacrificed his appearance in order to play at his best for his club, and had set an ironically shining example to the fans and his fellow players about what it takes to be a Mainz player.

I’m not coming off today

A little over 80 minutes had been played against the bottom-placed visitors, when Beierlorzer tried to make contact with Onisiwo from the touchline. The Austrian gave his coach a short wave before plunging into the next tackle. Beierlorzer nodded and instead send Adam Szalai on for Jean-Philippe Mateta. “Before we made the third sub, I had to ask whether one of them wanted to come off, and Karim hadn’t played the full 90 minutes in a while,” explained the coach later. “I was panting a little. I said “I’m not coming off today, I want to keep fighting and giving everything,”” said Onisiwo.

Austrian among both goalscorers

Onisiwo was unrelenting in attack, using his power and skill to make long sprints with the ball as well as disrupting the opposition’s build-up play. The 27-year-old impressed with his perseverance in the lion’s share of the tackles, and also didn’t give away many fouls. It was an overall top performance from the striker, who previously had featured in more of a super-sub role from the bench. “Everyone waits for their chance. I got mine and tried to do what I could to help my team. Tackling, running, and pressing, I tried to do everything. The fact that I managed to get my goal made it even better.”

The second goal of the match came through a nice link-up play between Levin Öztunali, Mateta and finally the ball from Quaison. “You saw what sort of high-quality play we’re able to produce when we’re focused and slick,” said the striker, when asked about his thoughts for the coming match this weekend. Mainz 05 welcome Fortuna Düsseldorf to the OPEL ARENA on Sunday evening in a relegation battle six-pointer. “We were excellent against Paderborn because everyone on the pitch gave it their all. There was lots of efficiency and hard work on display even after we scored the second goal, but we can’t just call that a miracle, as we need to do it again against Düsseldorf.” However, Quaison could not explain Mainz’ fluctuating form this season. “If we knew what it was then we could stop it,” said the goalscorer, who picked up his twelfth goal of the season against Paderborn. Quaison’s 12 goals after 24 matchdays make him the first Mainz player since Adam Szalai in 2012/13 to hit that number, although Szalai did reach 12 goals after 21 matchdays. The Swede knows the reason for his sudden goalscoring form: “At the moment my finishing is a lot better than before, which results in more goals.”

Waiting 476 days for his comeback.

Mwene on the other hand, had other priorities. The last time the player had played a game was the 3-1 10th November 2018 away win in Freiburg. Just at a point when the new signing from 1. FC Kaiserslautern had become a regular member of the starting lineup, an unfortunate injury to his patella led to an operation and a long, long absence from team training and any first-team action. He initially kept a tally of his days of injury, but stopped after 365 days. It took a little longer, but after 476 days, Mwene made his triumphant return to the side. “I am incredibly happy. After over a year out I want to focus on the basics,” said the defender, who played on his unfamiliar left side.

“I don’t care, I was just happy to be back on the pitch. It took a bit of time for me to come back. I worked my way into the game with some tackles early on and felt more and more comfortable. You need a bit of time when you come back to playing for the first time. I was also a little nervous,” said Mwene, who was a little surprised that he managed to last the full 90 minutes. “I thought that it could be pretty painful on my muscles after 70 or 80 minutes, but I managed to come out of it well. It was a long time coming, but now things are looking up.”