“Teams are starting to hate playing against us”

Both coaches give their thoughts after the goalless draw against Schalke. 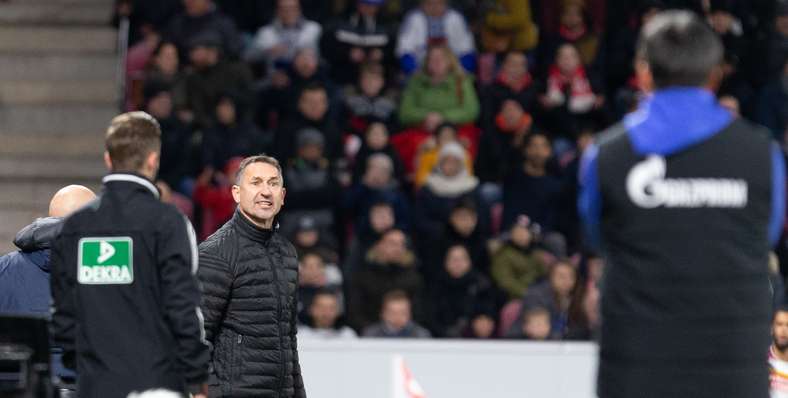 Achim Beierlorzer: “You saw two very organised defensive teams out there today. You could say we had the better of the chances, just about, but it would have been stupid of us to throw it all away and come away from the game empty handed. Teams are starting to hate to play against us, we barely let them have any chances, and we need to carry that on against Wolfsburg next week too. The boys have been working so hard for each other, and the fans have seen that as well, we felt really supported as a team today. We had to take Harit out of the game and we were able to do that. In the end it was 0-0, but we’ll take the draw and we’ll try and progress from here. We will keep on working, as always.”

David Wagner: “I thought it was a very intense game between two well organised teams. Both struggled to create chances and so in the end the result was probably a fair one. We didn’t play well at all in the first half an hour, but after that we came into the game a bit more and then created some chances in the second half. We’re struggling to create chances at the minute and you could see that today too. If you can’t win a game, it’s important that you don’t lose it either.”