Voices from the Olympiastadion 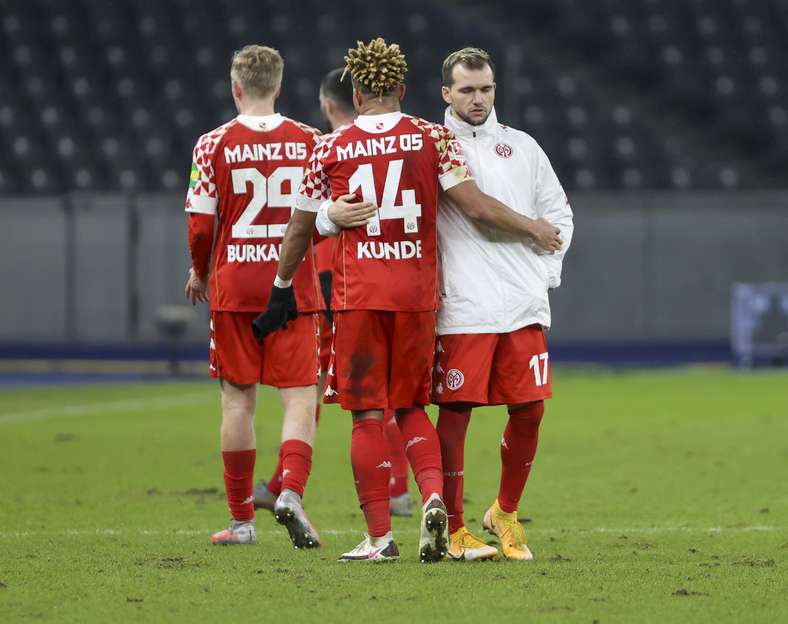 With a well-deserved point in the bag, the Mainz players will arrive at Bruchweg early Wednesday morning. A point for morale, which can be built on, as well as on the focused performance. The only flaw, as the sporting director, centre-back Alexander Hack and starting debutant Kevin Stöger all emphasised after the final whistle, was that it could well have been two more points against an opponent who didn't have a single real opportunity against a stable team in 90 minutes.

THE VOICES FROM THE CAPITAL

Rouven Schröder: "It was a very compact defensive performance, because we didn't allow one Hertha chance. We found the right mindset to keep going forward from the back. We had the two chances through Barreiro and Stöger, with which you can also win with a bit of luck. It's a performance we can build on, this fighting spirit is the benchmark. We go home with a point and our goal is to beat Werder Bremen at the OPEL ARENA."

Alexander Hack: "We have to take the positives with us, we kept a clean sheet for the first time this season. Of course we would have preferred to win, we had one or two chances. Berlin had more of the ball, we were on the lookout for counterattacks. With a certain amount of cleverness, we probably could have won. But we have to be satisfied with the 0-0 and build on that."

Kevin Stöger: "We can be satisfied with the point. But if you look at the course of the game, it could have been three, because we had the clearer chances. It was a very intense, hard game in which we allowed little."