Heidel on the Dane returning: "Bo brings all the qualities we want to fill our coaching vacancy". 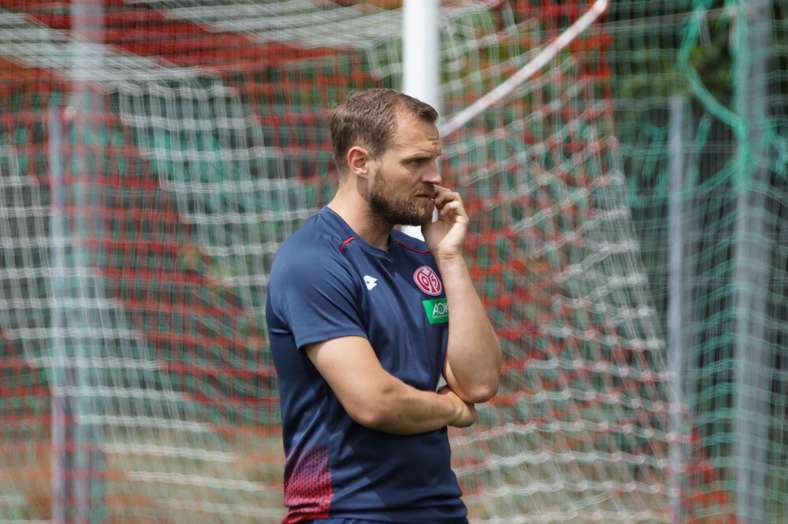 Ex-Mainz player Svensson at Bruchweg in the summer of 2019, shortly before his move to Liefering.

Bo Svensson is to become the new head coach of Mainz 05. The 41-year-old returns to the Rhine from Austrian second-division club FC Liefering, for whom he worked successfully for the past year and a half.

Svensson completes the new sporting management team joining Christian Heidel and Martin Schmidt. The Dane played for the Zerofivers in the 2. Bundesliga and the Bundesliga from 2007 to 2014, making 122 competitive appearances. From 2014 to 2019, he coached the U19 and U17 teams, among others, at Mainz's academy. Svensson brings with him from FC Liefering the Mainz native and former Mainz youth coach Babak Keyhanfar as his assistant.

Christian Heidel, Board Member for Strategy, Sport and Communication, says: "Bo has all the qualities we are looking for to fill our coaching position. He learned the coaching job in our academy from scratch and also got to know the work of coaches like Jürgen Klopp and Thomas Tuchel as a player. He knows what our football should feel like. We are convinced that he has the personality and assertiveness to transfer this knowledge to the team."

Svensson will be officially presented to the public at a press conference on Tuesday. You can follow it live on 05ER.tv from 12 noon.