After a respectable draw against Dortmund & the setback against Wolfsburg, Bo Svensson is banking on the right mix against the next top team 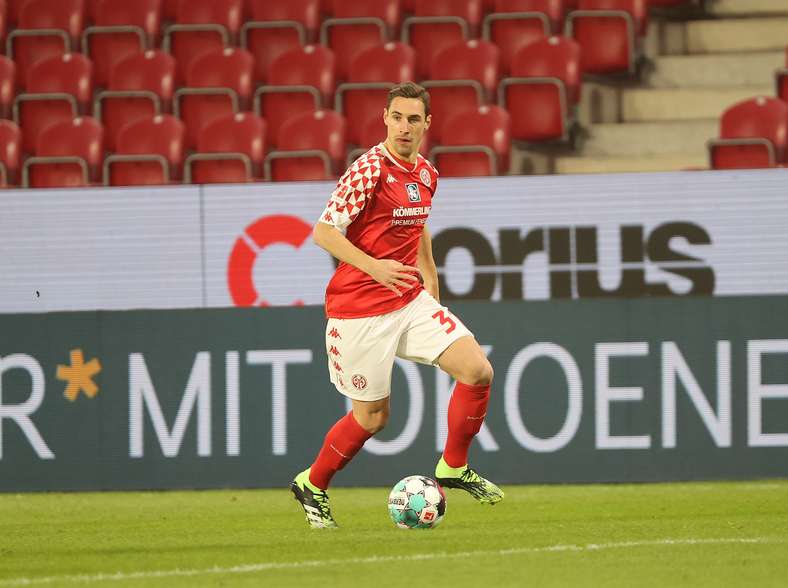 Dominik Kohr could help achieve the right balance in the coming weeks as a link in midfield. "He's really getting stuck in, the impression is positive," said the coach about the newcomer.

One point from three games: Bo Svensson, too, had hoped for more than that around the time he took up his post at Bruchweg. Of course, the head coach said, he was disappointed. "But my focus is on the future. My vision is to bring Mainz 05 back to where I would like to see the club in terms of football. That can't be done in ten days," the 41-year-old said on Thursday lunchtime at the press conference ahead of the clash with RB Leipzig on Saturday afternoon (3.30pm CET, live on 05ER.fm) at the OPEL ARENA.

After the Zerofivers lost to VfL Wolfsburg on Tuesday evening, things got even worse for Mainz one day later. After victories by 1. FC Köln and Arminia Bielefeld, the gap to the relegation place increased to eight points, and to 15th place, necessary to certainly avoid relegation, is now ten points. This is undoubtedly a setback, but by no means a reason to shelve the project of climbing out of the relegation zone at the halfway point of the season, as the sporting director emphasises: "Yesterday's matchday was not good for Schalke and us. It will be difficult, we are aware of that, and we remain realistic. But we have never been relegated on matchday 17. At the same time, no team has ever stayed in the league with seven points after 17 games," said Martin Schmidt. "Maybe that can be exactly our challenge, that we are the first to succeed." He said the first, obvious and ultimately also alternative step was to "get three points". That will give courage, he said. No easy feat, but, as the coach emphasises, one he trusts his team to achieve, even against Leipzig, the team he believes is currently "playing the best football in Germany". How? "There is a lot of offensive quality coming our way," the Dane knows. "You defend that as a team, certainly deep in phases, but not for the whole game because the way forward is then wide." It will be important to "find the right balance" and close the spaces. Just as important in the preparation for the match is the search for solutions to give impetus going forward at the right moments and to "hurt the opponent".

Powerful into the second half of the season

While the latter had succeeded time and again in the draw in Dortmund and the Zerofivers had even sniffed victory in the final phase, the efforts had been unsuccessful most recently against Wolfsburg. Wrong decisions after winning the ball, inaccurate passes and, as a result, a lack of depth prevented the team from penetrating in dangerous areas. The task of standing defensively stable against another top team, avoiding individual mistakes as much as possible and at the same time radiating a scoring threat, "is something we want to face up to and also survive against such an opponent," says Svensson. Regardless of the match with RB, the team is going into the second half of the season with a lot of "energy", in which the development of the team is in the foreground for the coach: "For me, it's about us improving over the games and of course also collecting results. Nevertheless, we can only work on what we can influence ourselves: And that is our day-to-day work." This, he said, may be a "boring answer" to how to successfully play catch-up, but it is in line with his approach. "Of course, though, at some point we also need three or four wins in a row. And we are in a position to do that," says the 05 head coach, convinced that he will be able to initiate the turnaround and also improve the development of the starting position in the fight for survival in the future.

We do not give up

Jeremiah St. Juste (individual rehabilitation training) and Edimilson Fernandes will probably not be able to help against Leipzig, as the latter has a negative Corona test but will have to make up for a two-week delay in training. In the case of Daniel Brosinski, however, Svensson did not want to rule out a return to the squad at the weekend. While Malong is also not an option for the time being, the Zerofivers will have to do without Jean-Philippe Mateta completely. According to Svensson, his departure will initially be absorbed by the personnel "we have at our disposal". Schmidt added that there had been "no other option" but to let the Frenchman go. On the one hand, they did not want to deny Mateta his wish to transfer, and on the other hand, "we are all convinced that it is also the right move for us," said the Swiss. The transfer market will now be further explored and alternatives will be sought for the left-back position as well as in attack. But it is not only on the transfer market that is looked at, as Svensson emphasises: "Everything is scrutinised and tried to optimise, that is my core task as coach." This will include, not least, putting together the appropriate personnel in the coming days in order to fulfil the core task on the pitch against Leipzig in the best possible way. "We won't give up on ourselves," the sporting director promises. "Setbacks are part of it. We have to learn from them and come back."