According to 1. FSV Mainz 05’s sporting director, the coming days will see movement in the transfer market. 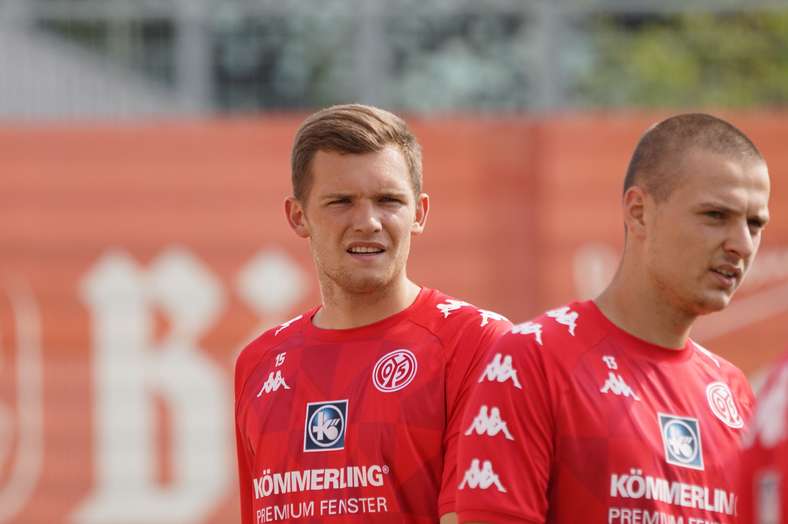 New signings Luca Kilian & Dimitri Lavalée have been brought in to strengthen the central defence. There may also be some outgoings, according to the sporting director.

Mainz began the week by announcing the signing of 21-year-old Germany U21 player Luca Kilian from Paderborn and the departure of Alexandru Maxim. In a digital press conference at midday on Tuesday, Rouven Schröder once again explained why each decision was made and emphasised that 1. FSV Mainz 05 would not be looking to sign anyone to replace Maxim. “We feel well equipped. We are very flexible in that position and have lots of versatile players.”

The Romanian attacker’s contract was terminated one year before expiry as the club chose not to pursue a sale and transfer fee; this was down to the general situation in the transfer market as a result of the Coronavirus pandemic, according to the Mainz sporting director. “We’d been in talks with Alex for a while about his prospects at Mainz 05, how likely he is to be in the starting XI and whether he would make a lasting impact. We signed him in 2017 to be part of our starting lineup as Yunus Malli’s replacement. We promised a lot, and so did Alex, but it’s never really worked out as we’d hoped. He never really managed to become a first-team regular, which caused us to question ourselves a lot.”

The club realised that there wasn’t much interest for Maxim in the transfer market. “Then you have to decide whether to wait for a buyer, who would need to invest both in a transfer fee and salary. That didn’t seem forthcoming,” said Schröder. It was, however, likely that Maxim would sign a contract with Turkish team Gaziantep FK, where he spent the second half of last season on loan. Any speculation surrounding this rumour was then cleared up on Tuesday afternoon with the confirmation that Maxim has signed for the Süper Lig side.

The interest in Kilian was completely different. As a German talent that has played for the national youth sides, other clubs were also interested in him. Schröder decided to sign the right-footer, even though he is now one of six Mainz central defenders. “It’s because you have to take opportunities when you’re planning a squad. You have to think ahead so that you’re prepared for the future. We’ve done that. The whole package was very attractive in both sporting terms and financially,” said the sporting director. “But the fact is that we will not go into the season with six central defenders.”

Ahmet Gürleyen would be the seventh central defender in the squad. After returning from his loan in Austria, Gürleyen began training with the Mainz U23s. However, he is currently playing for second-division side Greuther Fürth. After featuring in their 2-2 friendly draw with SV Wehen Wiesbaden, as well as training with the club, he’s sparked new interest. “Ahmet is doing very well, he’s physically in top condition. It’s difficult for him at the moment due to the competition for places. We’re looking for offers for him, but we haven’t made a decision yet.”

As far as outgoings are concerned, Premier League clubs are looking for players at the moment, including Mainz players. “We’ve received a lot of good feedback and lots of interest,” said the Mainz sporting director. “But at the same time, with the Coronavirus situation, transfer fees aren’t the same as they were. I will always do what is right for our club. In Mainz, we would rather have a stronger team that rush into things that we later regret. We have to consider each move carefully.” The consequence: transfer talks are much more sensitive according to Schröder. “People say no quicker because they know exactly what they can and can’t do. Then the negotiations are over. Because we act in the best interests of Mainz 05, we won’t just say ‘yes that’s great’ and rush to complete negotiations.” The transfer window is open until 5th October this year.