Schröder: “Shut down, regroup and debrief”

Reaction from the season finale in Leverkusen 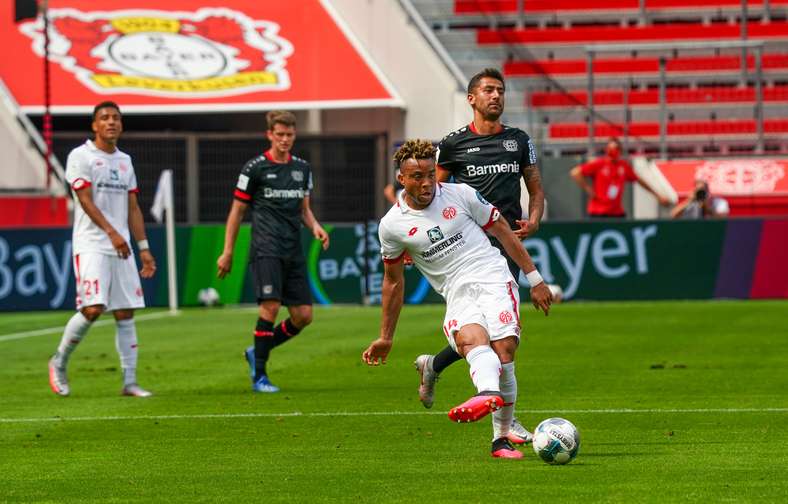 “We can end the season with our heads held high,” said Kunde Malong after the final whistle in Leverkusen.

Mainz 05 ended the season with a narrow loss to Bayer Leverkusen on matchday 34. Mainz had nothing to fear on Saturday afternoon after achieving safety the previous weekend, but despite a decent performance in the BayArena, the Zerofivers were handed their 19th defeat of the season.

Reaction from the Zerofivers

Sporting director Rouven Schröder: “It’s a really frustrating loss. We knew that Leverkusen would be giving it their all, but we also wanted to bring something back from this match and get our third win in a row. We weren’t awake at the start and lost the ball too easily. We needed something to get ourselves into the game and had a chance through Jonny Burkardt. At the break, Leverkusen’s lead was deserved. We had a bit more freedom in the second half and JP’s equaliser was unfortunately offside. He’s had to wait a long time for that. The lads kept pushing, you can’t fault them for that. The season is over and we’re staying up – we‘re going to debrief and go over everything in the next few days, but first we need to shut down and regroup.”

Jonathan Burkardt: “I think we deserved the loss today, but we put in a decent performance. We had chances too and with a bit of luck there would've been more in it for us. We did well for a final game of the season. I'm knackered now and I'm happy to get a few days off.”

Kunde Malong: “That was a really tough game. We achieved safety already last week, but we came here to win. Unfortunately, it didn’t happen for us due to the mistake at the beginning, but we fought until the end, we had chances and we delivered a decent performance. We can end the season with our heads held high. It was a long season and now everyone has earned some time to spend with their families.”

Captain Danny Latza: “We started poorly. We wanted to be strong at the back and keep a clean sheet for as long as possible, but then we conceded the early goal and failed to use our first chances. The game was much more open in the second half, a point would have been a fair result. We’re happy that we didn’t have to have anything to do with the relegation battle. We weren’t always united for parts of the season. After the Frankfurt game, everyone could see what we were really capable of. Everyone pulled together as the passion was there and we were rewarded for it.”