The sporting director has accepted the offer from the supervisory board 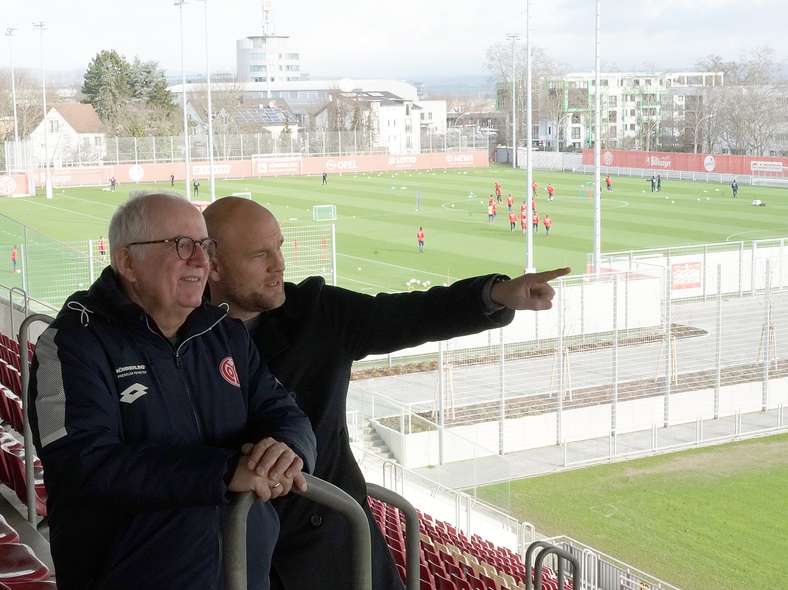 Rouven Schröder and chairman of the supervisory board, Detlev Höhne (l.).

Rouven Schröder has extended his contract as sporting director of Mainz 05 until 2024, accepting an offer from the supervisory board to continue working together. Schröder has been with the Zerofivers since March 2016, and is currently one of the longest-serving sporting directors in the Bundesliga.

“In my soon-to-be four years at Mainz 05, I’ve grown close to the club, the city and the people here,” Schröder said. “Mainz 05 has shown clear signs of growth in this time. With an eye on our upcoming projects within the first team and our youth academy, and in terms of our infrastructure and the club as whole, I am very excited to help push these projects and to be involved. I’m highly motivated to tackle the challenges facing us and to do so with a positive energy,” said Schröder.

“Rouven Schröder is well-respected within the Bundesliga due to his sporting competences and his networking abilities, but also his steadfast character,” said Detlev Höhne, the chairman of the supervisory board. “He is a successful team player in his role at Mainz 05 and is an important leader for us. He has become a key part of our club over the past four years, which he will remain in the years to come.”