"Ready and raring to do this job"

Rouven Schröder wants to spearhead Mainz' development on and off the pitch - Beierlorzer, "straightforward, meticulous, hard-working" 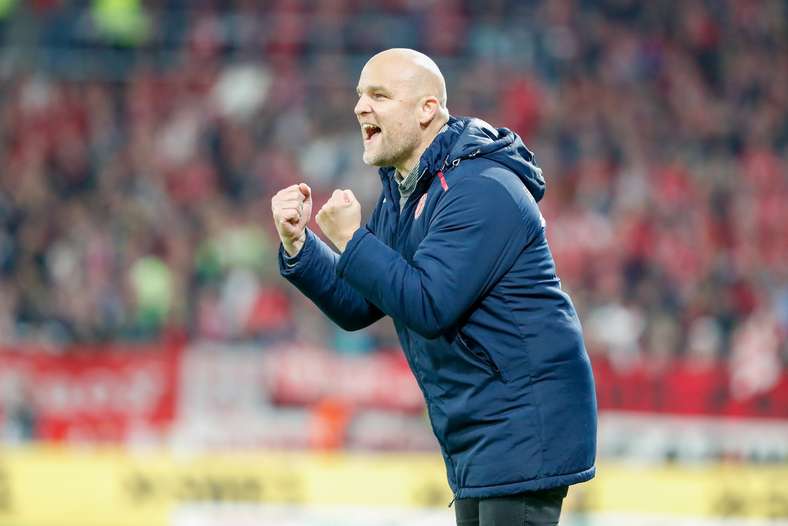 Schröder - "This extension is a compliment to all employees, who support me."

In March 2016, Rouven Schröder swapped the Osterdeich for Bruchweg and succeeded Christian Heidel as FSV’s sporting director. Now, Schröder has accepted the board’s offer of a contract extension until 2024.

“The past four years have been very intense, and it will continue to be very intense. I am completely ready to keep working and come up with creative solutions. And above all, not to relax and get discouraged when things go badly,” said Schröder in his press conference ahead of the Zerofivers’ tough away fixture in Berlin. The Sporting Director wants to set an example in a period that has seen Mainz lose their first three matches in the Rückrunde. “There’s nothing to worry about. No matter what happens, we rely on continuity, regards of what happens day by day.”

He went on to say that it is not self-evident that a club should place so much trust in a person, who is still under contract until 2022, and extend said contract by two more years. “I think it’s impressive. I’m convinced by the task at hand, and am ready and raring to do this job to the best of my abilities going forward. I’m grateful to be in Mainz, and feel very much at home here. It’s my job to ensure things are going well. We’re following committed to developing on the pitch and in terms of infrastructure. There are lots of things to get done. I’m excited,” Schröder said. “This extension is a compliment to all employees, who support me. I don’t work alone. There are a lot of people, who help me.”

“It’s about making sure it goes well for the team”

Although the contract covers potential time in the 2 Liga, the club have a clear goal; to remain in the top flight for a long time. “We’ve been in the Bundesliga for eleven years now, and we want to be there in years to come. That’s our commitment. We’re a plucky club. We know what we’re capable of and also know our limitations. We’ve got a great team, which tries its hardest. It’s about making sure it goes well for the team. We all need to work hard for that.” He said that he’s happy with his task. “I’d be even happier if we picked up some points.”

Achim Beierlorzer, who first came into contact with Rouven Schröder when they worked together at SpVgg Greuther Fürth, welcomed the decision. “In my opinion, Rouven hasn’t changed too much since then. He is a very straightforward, meticulous and above all incredibly hard-working person. It’s an appreciation from the club that Rouven absolutely deserves, which reflects a sporting director ability to represent, develop and lead a football club. That’s what Rouven does,” said the Mainz head coach.