On the Weser, Mainz gave an impressive answer to two recent defeats - Mateta scored his first goal since returning from injury. 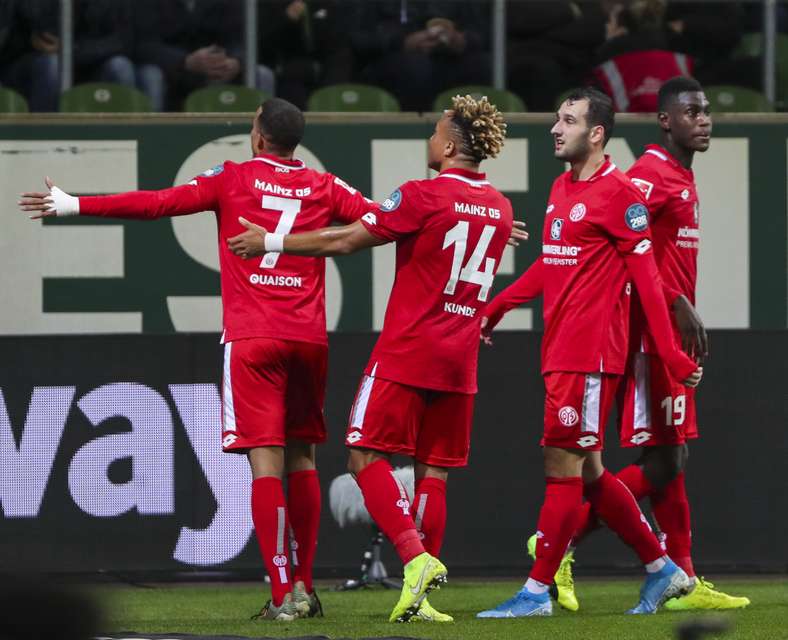 A spectacular performance from Robin Quaison was the catalyst for this impressive win.

A Tuesday night outing in the Bundesliga saw the Zerofivers travel to the far north of Germany. The Zerofivers went to Bremen searching for three vital points. For Mainz, the name of the game was bouncing back from two straight defeats, against a Werder side that went into the game a point behind FSV.

Beierlorzer made just the one change from the starting XI that faced Borussia Dortmund; Alexander Hack stepped into the back line to replace the suspended Jeremiah St. Juste, Ahmet Gürleyen was called up to the bench. Jean-Philippe Mateta was again named as one of Beierlorzer’s substitutes.

The game started at a frantic pace but both sides were losing possession far too cheaply; neither team seemed settled on the ball. The referee was forced to blow his whistle on various occasions in the first five minutes for small, but frequent, fouls by both sides. Mainz were slowly in the ascendency and had decent possession in Werder’s half. FSV survived a couple of near misses and were suddenly a goal up. Ádám Szalai controlled the ball with his chest, finding the onrushing Levin Öztunali, who then played in Robin Quaison. The mercurial Swede then put all his weight behind, smashing the ball past Jiri Pavlenka (10’). Then the floodgates opened. The Zerofivers’ second was a freak own goal; Veljkovic  lifted the ball over his own keeper’s head, it hit the post before ricocheting off Jiri Pavlenka and into the back of the net (15’). If the second was fortunate, the third was wonderful. Jean-Paul Boëtius slid the ball through the defence to find Quaison’s run, the flag stayed down and the Swede stayed cool; there was only going to be one result, 3-0 to Mainz (19’).

The goal scoring settled down for a period, Achim Beierlorzer even made a change; Daniel Brosinski replaced Edimilson Fernandes, who had picked up a yellow card (27’). Yet the home side looked defeated already, the men in green were deflated, as the men in red were charging them down. It was an intense FSV performance; they pressed as a team and attacked in numbers. Quaison, in particular, was in the mood; it was his shot that forced the corner, from which he scored. Boëtius again was the provider, delivering the ball towards the back post, finding Quaison completely free. There was no way the Swede would miss, not the way he was playing. Quaison smashed it home and it was suddenly four goals to nil (38’). So it was that Mainz took a four goal lead into the half-time break.

Mainz started the second half in much the same way as they had started the first; on the front foot. Boëtius was brought down in range of Pavlenka’s goal by Leonardo Bittencourt, and Daniel Brosinksi’s ensuing free kick was dangerously close to making it a fifth for Mainz. Goalmouth action was lacking in large parts of the second half, as Mainz started to drop off and Werder couldn’t find a way through. The away side remained dangerous on the counter though, and Kunde almost made it after after a wonderful solo run from Öztunali (60’). Werder had looked to pull one back through Pizarro, but the Peruvian used his hand to control it in the box (72’). A second substitute appearance for Mateta in as many games was reason enough for the away fans to celebrate. He then sent them wild, capping off a great night with a well-taken goal. Pavlenka was unable to keep out such a lethal shot, and so it was 5-0 to the Zerofivers (81’). That was the cherry on the cake for a vintage Mainz performance.

The Zerofivers now look ahead to the final game of the Hinrunde, a home clash with Bayer Leverksuen on Saturday.