The Zerofivers have continued their strong youth focus by tying down Nebel, Mustapha and Liesegang to long term contracts 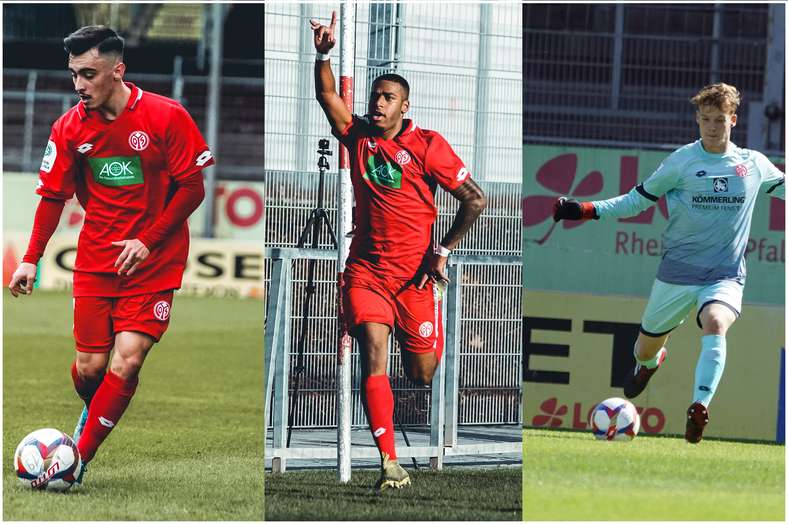 1. FSV Mainz 05 have managed to secure the future of some of their top talent from the academy. Striker Paul Nebel and Marlon Mustapaha from the U19s, as well as goalkeeper Marius Liesegang from the U23s, have signed professional contracts at the club.

Versatile forward Paul Nebel has signed a professional contract at the club, keeping him in Bruchweg until 2024. Despite only recently turning 17, the youngster has been a key part of the U19 side this season. He helped his side to a second placed finish in the cancelled U19 South/South West Bundesliga, contributing five goals and 13 assists in 19 appearances. The German national youth team player has previously trained with the first team as a 16-year-old.

Rouven Schröder: “Paul Nebel is a top German talent, born in the year 2002: a versatile, physical and dangerous attacker. He has trained with the first team already this season. We are convinced that he will continue on the right track and take the next step in his career with us.”

Marlon Mustapha has also signed a four-year deal at the club. The Austrian U19 national team player scored eleven goals and provided three assists for the U19s this season, finishing third top scorer in the Bundesliga South/South West.

Rouven Schröder: “Marlon Mustapha has a great physical profile for a central striker. He’s a good target man with a strong presence in the box and a proven goalscorer. We’re excited to see how he can develop these qualities in the first team.”

Goalkeeper Marius Liesegang has signed a professional contract, keeping him at the club until 2022. The 20-year-old made eight appearances for the U23s in the South West Regionalliga this season and has also temporarily trained with the first team.

Rouven Schröder: “Marius Liesegang is another top goalkeeping talent from our academy. He has made a big step in his development with the U23s this season and proved this both with his performances and his character during the winter training camp with the first team. We are excited about his future with us.”

1. FSV Mainz 05 have once again proven their determination to give chances to players from their academy. FSV was already named as one of the best teams for young players in Europe in 2019/20. The club ranked fourth across the whole of Europe in terms of clubs with the highest percentage of home-grown players, whilst topping the list of all Bundesliga clubs.

“Home-grown talents such as Ridle Baku, Leandro Barreiro, Jonathan Burkardt, Robin Zentner and Florian Müller are a key part of our team and have already made their mark in the Bundesliga, particularly towards the end of the season. We will continue with this philosophy of promoting our own talents and developing them into professionals. Our top talents are our future," said sporting director Rouven Schröder.

The Zerofivers have already secured professional contracts for Niklas Tauer, Merveille Papela and Erkan Eyibil as well this season.