“Our attitude and commitment after the 30th minute was encouraging” 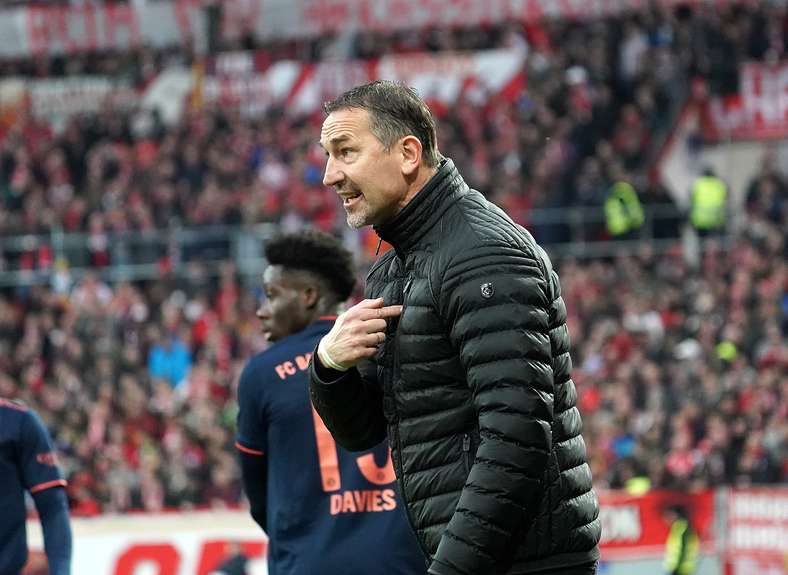 Achim Beierlorzer: “I’m happy with the last 60 minutes, but obviously not with the first half an hour. We actually weren’t playing badly, were doing several things right, but then went behind from their first cross. We wanted to get the ball forwards quickly and stop Bayern playing with our pressing. We unnecessarily lost the ball for their second goal and the third was a bit of individual genius by Thiago. The game was almost over then. I was pleased with how much running we did after that – we fought for one another. There are positives to be drawn from today. Our attitude and commitment was encouraging. We want to take the performance from the last 60 minutes into the coming games.

Hansi Flick: “First of all I’m pleased that we’ve won our sixth straight game. I was really excited by our first 30 minutes. We offered too little after that and failed to play at the same tempo. I wasn’t happy with how we set ourselves up at the corner just before half time. The last 60 minutes after the break weren’t like us. Mainz have quality up front, which they showed a few times today. We defended well though and took the three points back home with us.”