"...IF THE CONVICTION IS MISSING, WE WON'T SCORE GOALS" 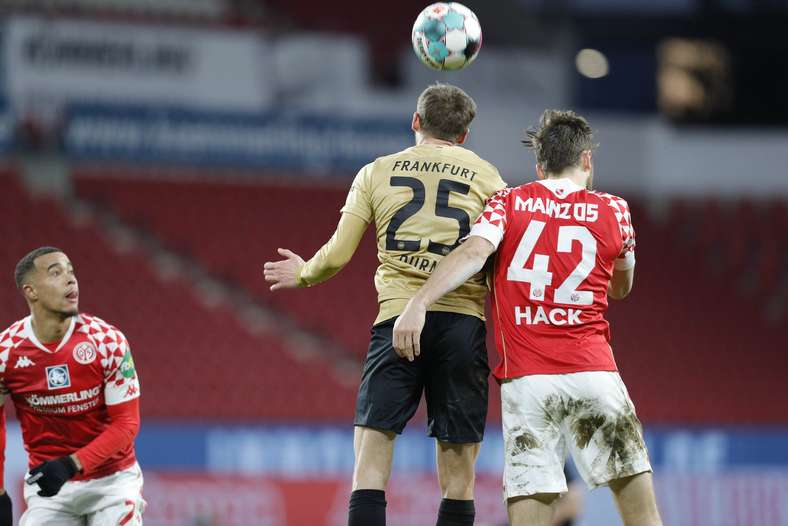 For the first time in Bundesliga history, the Zerofivers came away empty-handed in a home match against Eintracht Frankfurt on Saturday afternoon. Two penalties helped the visitors to an away victory, while the hosts were denied two penalties after VAR intervened. The reasons for the home defeat were of a complex nature, as the key figures analysed afterwards.

Jonathan Burkardt: "It's totally disappointing. In the first half, we didn't manage to create scoring chances, we didn't get deep behind the defence, Eintracht had clear advantages. We were rightly behind. After the break, we had a very strong phase with good chances, especially from me. Two or three times I missed miserably. On the other side, there was another penalty and we lost 2-0 in an extremely bitter and unfortunate way."

Alexander Hack: "I think we suffered a stupid defeat. In the first half we had far too many sloppy actions, didn't control the ball well and weren't there for the second balls, weren't gallant enough to hold the ball and play cleanly forward. The second half was better, but if we don't get the conviction on the pitch, then we don't score the goals. In the end, it's not bad luck when you lack conviction and concede two stupid goals. The will to win games has to come back, otherwise it will be very, very difficult."

Sporting director Martin Schmidt: "You have to talk about the penalties, the second one was very harsh. You see scenes like that at every corner. But I don't want to put it down to that alone, we didn't score a goal. The first half was even and the penalty came out of nowhere, even if it was a good move. Beyond that, both teams neutralised each other. The second half was decent, we had four or five good chances, we have to build on that, but also draw conclusions: It's about penetration in the box, the exploitation of big chances. We have to be more courageous and put even more pressure on the opponent. I am convinced that Bo, with even more work in training, will get things drilled into the team. We will work on that."