Making the next step in a big match

Schröder: “We’re now on our way to get a positive result against Augsburg.” Martin Schmidt to meet his former club in “the big match”. 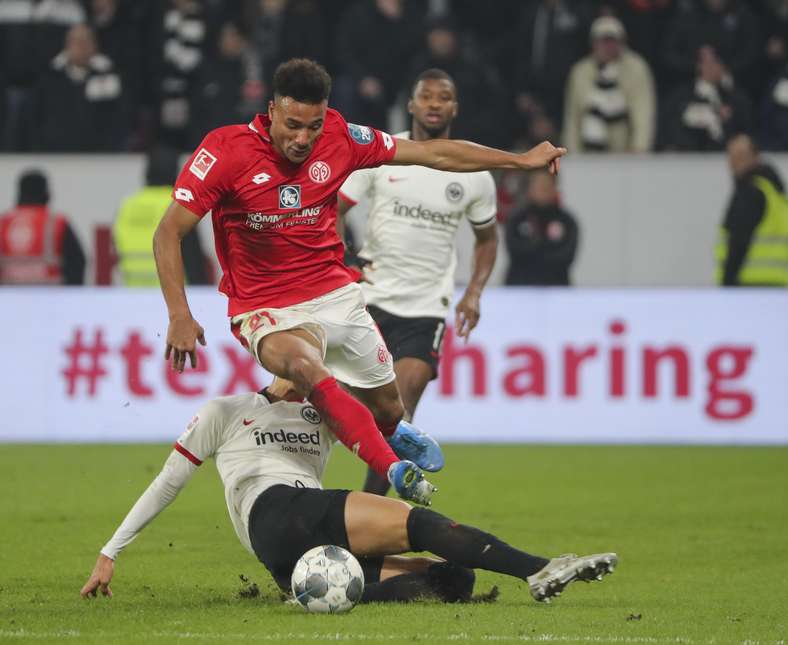 The Zerofivers will visit the WWK Arena to play against their former coach, Martin Schmidt.

FC Augsburg picked up a 4-0 home win against Hertha Berlin and a 1-1 away draw against FC Köln. Those results have put them in 14th place with 14 points.  Their home game against Mainz, who are two places higher in the table, has Martin Schmidt labelling the tie “the big match”. Both teams are in form after coming back from a disappointing run, so the former 1. FSV Mainz head coach, who coached at the Zerofivers for seven years, will be hoping to end his old club’s run.

Schmidt, now 52 years old and manager of FCA since April, said in the press conference of the clubs that he and his team have some plans ahead of the match, because “we’re not where we want to be just yet.” Their positive run of form of the last few weeks has to last so that “the final piece of the puzzle fits in. Here at home we always have emotional and nerve-wracking games. We also want this effect this time so our opponents get the impression that it’s always difficult against Ausgburg.”

"Every match is a big match“

Achim Beierlozer also spoke before the big match. “Every match in this league is a big match. It’s what makes Bundesliga football what it is,” said the Zerofivers coach. “Whether it’s Augsburg, or Dortmund, Bremen or Leverkusen. Hoffenheim and Frankfurt also were big challenges. These are all great names. There are many big names in the Bundesliga, and one of them is Mainz 05.”

In the past two years, there has been little to celebrate about Mainz’ trips to the WWK Arena. “We’re now on our way to get a positive result against Augsburg,” said Rouven Schröder. “Augsburg are always special. In the cup we felt we were playing well and lost in extra time. In the Bundesliga last year a mixture of the decisions of the referee on handball and a bad game from us didn’t help,” said the 05 sporting director. At the end it was 3-0 loss, the year before it was 2-0. The last success was in September 2016. In the 3-1 win Martin Schmidt was still in charge of Mainz 05.

Öztunali wants to continue the run.

“You need a calm head here. Martin is known for playing emotionally and passionately. It is a challenge for us to take the next step, and come out on top,” said Beierlozer. The sporting director meanwhile has a good feeling ahead of the match. “It was important to have topped the win against Frankfurt. You can feel that at the moment it is much easier. Now we are dealing with Augsburg. We have to completely counter them. But I’m not worried because I think every win gives you more self-confidence. It would be best not to talk much ahead of the game, then do well and talk about it afterwards,” said Schröder.

“Six points have done the team good,” said Levin Öztunali on Thursday, who has been a strong factor in the success of Mainz 05. “It was nice for the whole environment and it was a confirmation of the hard work that we do daily on the pitch. Now we have to stay focussed to give the same performance again at the weekend. To continue these performances over and over is the goal,” explained the Zerofiver.