Mainz were unable to get going in a game where they were beaten heavily by RB Leipzig 5-0. 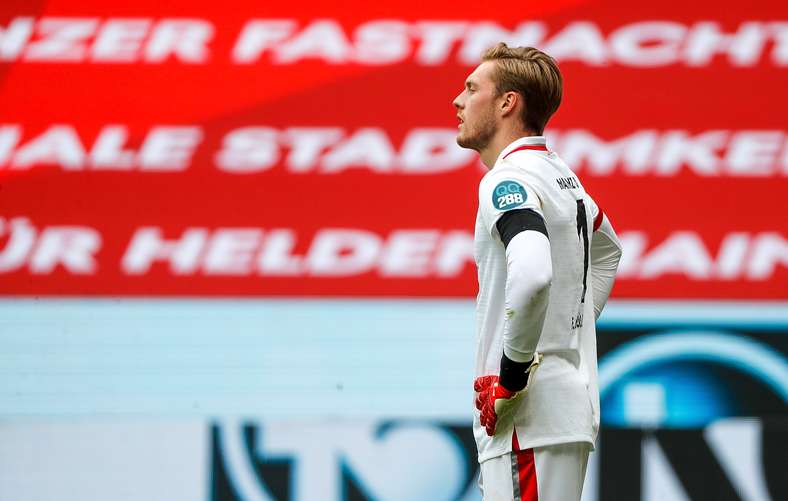 After going three games without a loss, Mainz’ unbeaten run was ended emphatically by a rampant Leipzig side, with the final score being 5-0 to The Bulls. With no supporters present and against a Leipzig team in top form, the Zerofivers were the clear underdogs from the start, despite playing on the home turf of the OPEL ARENA. After a hat-trick from Timo Werner, supported by goals from Marcel Sabitzer and Yussuf Poulsen, Mainz were comprehensively dismantled. “We can only be grateful they didn’t score more than five goals,” said Zerofivers sporting director Rouven Schröder to SKY after the loss. “We have to make significantly fewer mistakes.”

Achim Beierlorzer made just one change to the side that drew in Cologne last week, bringing in Jeffrey Bruma for Dong-won Ji. As a result of this measure, Mainz lined up in a 3-4-3 routine, which the head coach and his coaching team decided would be best for their game against Leipzig. Bruma started in the center of defence, flanked by St. Juste and captain Moussa Niakhaté. On the right wing, Ridle Baku, and on the left wing, Aarón started. Edimilson Fernandes and Kunde Malong started in the middle, just behind Robin Quaison, who himself was flanked by Jean-Paul Boëtius and Karim Onisiwo.

The visitors took control of the game early on and went ahead with their first chance. Konrad Laimer got past Aarón on the right and crossed it for Werner, who beat a helpless Müller at the front post (11'). FSV were behind early on, just as they were in Köln. After this, Leipzig failed to find further gaps in the Mainz defence, although the hosts were also struggling to create anything themselves. RB remained patient and eventually found a second goal. Sabitzer's cross was headed home by Poulsen from close range in the 33rd minute. Müller got a fingertip on the header, but was again left without a chance. The Zerofivers' then made a strong save from a Timo Werner header to prevent a 3-0 deficit.

Beierlorzer pushed St. Juste into the midfield to limit the space afforded to Werner, who was constantly dropping back into midfield. Despite this, the Germany international almost laid on a goal for Poulsen, who couldn't keep his shot down. Three minutes later though, Leipzig had their third goal. Marcel Sabitzer found the far corner after Poulsen's cut back, meaning the game was effectively decided before the half-time break. Mainz's first chance didn't result in a goal, with Quaison not getting on the end of Boetius' cross, and were then lucky that Christopher Nkunku missed a good chance on the stroke of half time. Leipzig's 11 shots to Mainz's 0 summed up the first half.

After the restart, Jean-Philippe Mateta came on for Bruma, which meant the side changed into a 4-4-2 formation. But it didn’t change much as it took just two minutes for Timo Werner to grab his second and Leipzig’s fourth as he tapped home from just a few yards out (48’). Six minutes later came the first Mainz shot of the half as Quaison struck at goal but Peter Gulasci palmed away comfortably (54’). At the other end, Müller was under pressure again as Halstenberg struck from distance (59’). The pressure was mounting but substitutes Taiwo Awoniyi and Leandro Barreiro had a couple of chances for Mainz but neither were successful (65’).

The agile Werner then missed out on his hat trick just three minutes later as he put an effort from point blank range just wide of the goal (68’), before missing again just a couple of minutes after (70’). However, he didn’t miss a third time as a quick free kick from Poulsen played him in and with one touched he put it past Müller to effectively end the game at 5-0. A consolation goal was on the cards for Mainz on multiple occasions but Mateta’s header, the biggest chance of the final minutes, went over the bar. After that there was little more to speak of in terms of highlights at either end as Leipzig came away 5-0 winners. The Zerofivers will now have to move on as they go to Union Berlin on Wednesday evening (20:30 CEST), looking to try and further get a grasp on survival. Three days after that, Mainz host TSG Hoffenheim at the Opel Arena on Saturday as they see out the double game week.