1. FSV Mainz 05 triumphed in a battling display against bottom-of-the-table Paderborn on Saturday afternoon, as Robin Quaison and Karim Onisiwo added to their goals this season. 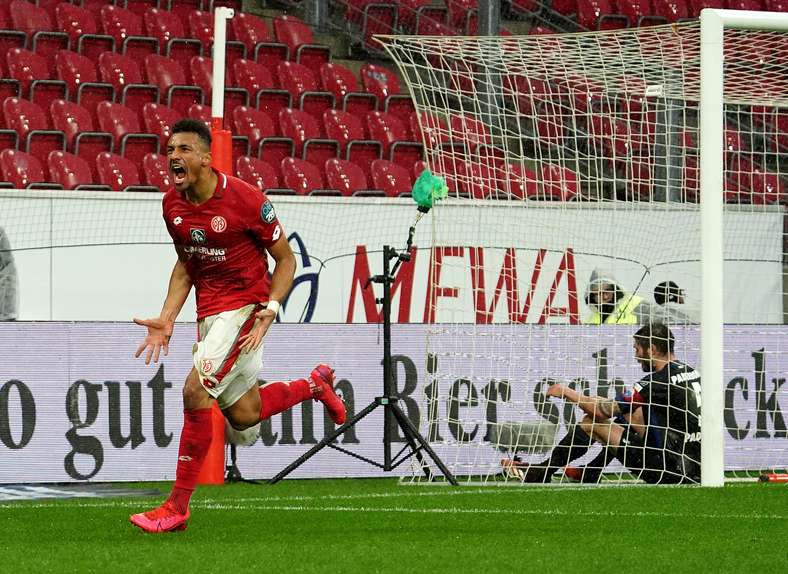 After last week comprehensive defeat against Wolfsburg, head coach Achim Beierlorzer made three changes, as Mwene, Karim Onisiwo and Jean-Philippe Mateta came in for Daniel Brosinski, Danny Latza and Adam Szalai. The manager also changed the tactical style, as Mainz lined up as a 4-4-2 with Ridle Baku and Leandro Barreiro as holding midfielders.

Both teams started the game looking to attack from the off, but Mainz also sought to control possession. The first big chance came in the ninth minute for the guests, but their effort from a near-post corner was handily saved by Robin Zentner. Eventually, as Mainz grew into the game, they began to take a firm hold on possession, and started to win the higher percentage of the tackles, as well as being dangerous in attack and confident in defence. All of these factors meant that at some point a goal became inevitable, and that proved true when Robin Quaison gave the home side the lead after 28 minutes. After playing a one-two with Barreiro, he took advantage of a mistake by defender Christian Strohdiek to fire a long-ranged effort low and hard past Zingerle’s near post, giving Mainz a 1-0 lead.

The relief and excitement that came from scoring this first goal naturally lent itself to helping to score the second. Only eight minutes after Quaison’s strike had bulged in the net, Mainz scored again. Mateta’s pass found Quaison, who went from scorer to provider with a nice flat ball to find the unmarked Onisiwo in space, and after cutting in on his right foot, curled a sidefooted effort past the sprawling defender and goalkeeper to give the home side a second goal. These two strikes ensured that Mainz went into half time with a comfortable two goal lead.

Mainz refuse to rest on their laurels

Both teams came out of the dressing-rooms unchanged, and barely three minutes had gone by before Mateta had a chance to pile on the misery. Onisiwo fed the Frenchman, but the striker’s effort sailed over the crossbar. Mainz reasserted their previous first half position of the dominant side, and continued to chase the elusive third goal to put the game beyond a shadow of a doubt. Despite this attacking focus, the side did not expose any hint of defensive frailty, and the back four appeared confident throughout.

Around the hour mark, the promoted team began to get more of the possession, and tried to force a comeback. The Zerofivers though, proceeded to adopt a counter-attacking mentality. The next chance the home side had was a Pierre Kunde curling effort, but that also missed the target. Ultimately, despite some late Paderborn pressure, Mainz managed to seal their first home win since beating Frankfurt in December. The Zerofivers’ next game is another six-pointer, against Düsseldorf.