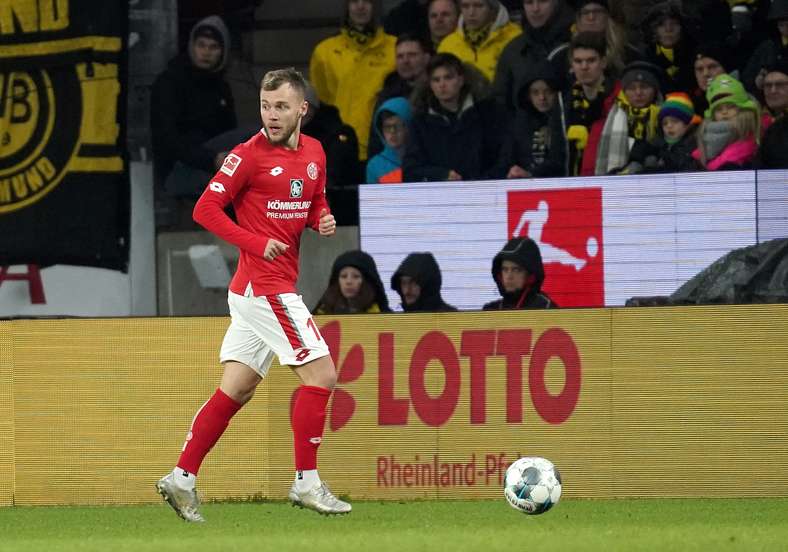 Maxim during a match against BVB in 2019.

1. FSV Mainz 05 have mutually agreed to terminate Alexandru Maxim’s contract, which was set to run until June 2021. Maxim joined the Zerofivers in 2017 from VfB Stuttgart, and went on to make 56 competitive appearances (5 goals, 5 assists) for Mainz.

In January 2020, the club agreed to send the midfielder on loan to Turkish first-division side Gaziantep FK, where he was able to become a regular starter for the Super Liga team.

“It’s unfortunate that Alexandru does not want to return to us. He is a great person with a strong character and plenty of potential as a footballer, which he was unfortunately seldom able to showcase here in Mainz. We held open and honest discussions with Alex and his management team and have found a good solution with the termination of the contract, which also meets the interests of the club. We wish Alex all the best for his future,” said sporting director Rouven Schröder.