Latza: "You can see we came out unscathed" 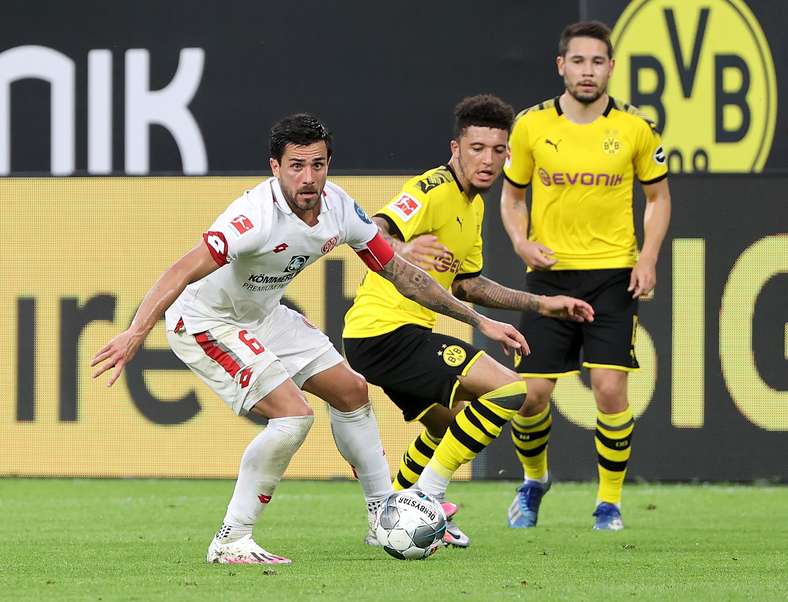 Despite being written off before the match, the boys pulled off a shock win.

The Zerofivers were overjoyed with a collectively strong performance after a deserved win against Borussia Dortmund. “You can see we came out unscathed. The boys and the staff, all the players out on the pitch were all absolutely focussed,” said Danny Latza after the match. Rouven Schröder was similarly happy, but also turned his attention to the match on Saturday. ‘We have to very clearly replicate this performance on the weekend,” said the Zerofivers sporting director.

Rouven Schröder: “That was a completely faultless team effort. Just as in the last couple of games, the team were really energetic out there. Today we rewarded ourselves for our team spirit, aggressiveness, and our strong start. We took our first big chance with Jonny Burkardt’s goal. We really wanted that. But what it most important now is that we don’t let this go to our head. We have to very clearly replicate this performance at the weekend, so we can celebrate staying up after we play Werder Bremen. That has to be our goal, because we can’t be stopped any longer. It’s going to be a really tough 90 minutes against Werder Bremen, because for them it’s their biggest match of the season. And we need to suppress that, but that will only work if we work as a team. But today we’ll pay our compliments to the team, and then from tomorrow it’s total focus on the match against Bremen.”

Jean-Paul Boëtius: “I think I’m possibly the happiest man in the world. We all knew how important the game today was, and we wanted to win it. We travelled to Dortmund feeling good. It was crucial today that we were super focused and in the zone on the pitch. Everyone, from the boys on the pitch, to all of us on the bench, to all of the staff, were all one unit today. This is something that sets Mainz apart. Unfortunately, we haven’t always shown that this season, and that’s why we are where we are. But we have the chance to stay up in our hands, and if we can continue like this, then we can do it.  We all know how important Saturday’s game is, but we’re looking forward to it.  Now we have to recover well and get ready for the weekend.”

Danny Latza: “My legs hurt, but I don’t really care at all. The victory is much more important and we’ve put a good shift in today. Nobody believed we would win in Dortmund, and people had written us off after the Augsburg game. You can see we came out unscathed, the boys on the pitch and on the bench, the staff, and everyone on that pitch was totally focused. We played great today. Overall, we didn’t have that much possession, but we were strong at the back and had good movement. Dortmund didn’t have too many chances. We also had a couple of nice plays, but we knew we had to defend well and give it our all. Everyone was up for it, even the lads who came on as subs. I told Jonny before the game that he should play freely. No one deserved the goal more than he did.“

Jean-Philippe Mateta: “We defended well and waited for them to make mistakes before we attacked. I’m so pleased for Jonny getting a goal. We were able to withstand Dortmund’s pressure very well in the end. I took the ball straight away when the penalty was given, because I wanted to score the goal.”