LASSE RIESS EXTENDED BY A YEAR 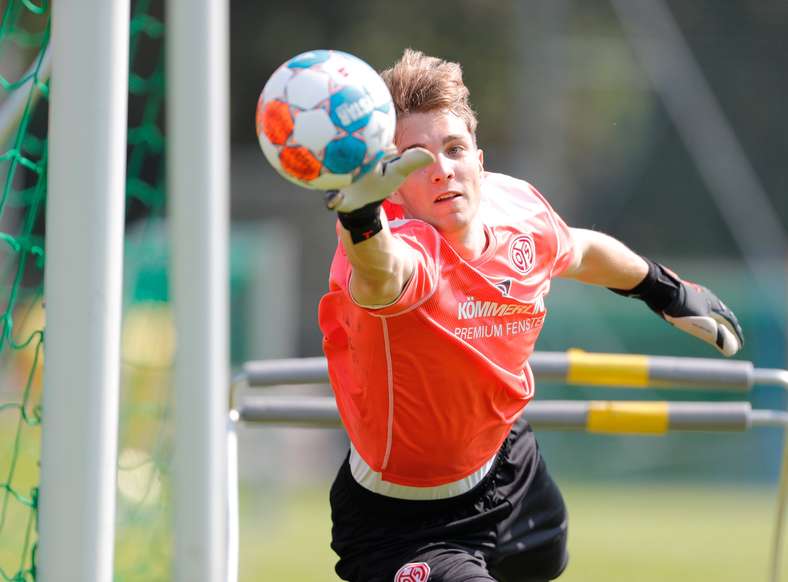 Riess at goalkeeper training in Tyrol.

Lasse Riess has extended his contract with Mainz 05 by one year ahead of schedule. The 19-year-old goalkeeper, who has made 21 appearances for the Mainz U23s in the Regionalliga Südwest so far, has been in the first-team squad of the Zerofivers since this season. In 2012, Riess had moved from FSV Nieder-Olm to the Mainz academy and is thus a true 05 homegrown.

"Lasse is another player who has worked his way up to the professional squad via the youth section and our U23s. We now have three goalkeepers in the first-team, all of whom trained with us in the junior training centre and are in the Bundesliga squad. Last year, Lasse already gained important experience in men's football with our U23s, from which he can now benefit," says 05 sporting director Martin Schmidt.