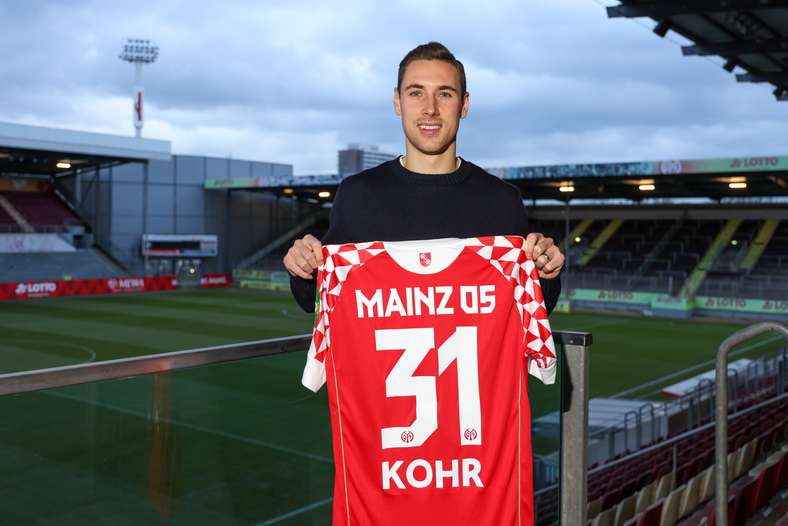 Dominik Kohr moves from the Main to the Rhine until the end of the current season - the central midfielder joins on loan from Eintracht Frankfurt. At 26, Kohr brings with him a wealth of experience in the Bundesliga as well as in Europe: Born in Trier, he has played 196 competitive games in the Bundesliga and DFB-Pokal for Bayer Leverkusen, FC Augsburg and Eintracht Frankfurt, in addition to 22 games in the Europa League and two Champions League appearances. Kohr has played in a total of nine competitive matches for Eintracht this season. He will wear the number 31 for Mainz.

05 sporting director Martin Schmidt says: "Dominik brings with him prerequisites that can help us directly. He has great character and has a lot of experience at the highest level for his age. He is a midfielder who is strong in two areas and with his dynamism he can always make his mark up front. With his positive, friendly manner, he will also fit in quickly to the team off the pitch."

"I had very good and convincing talks with Bo Svensson, Martin Schmidt and Christian Heidel over the past few days. I know exactly what they expect from me and what role I should take on here in Mainz," said Kohr. "Unfortunately, I didn't get the playing time in Frankfurt that I would have liked. That's why I was open when Mainz enquired. I immediately sensed that Svensson, Schmidt and Heidel would bring real momentum with them to master the mission of staying in the league. And this spark of passion immediately jumped out at me during the talks. Those who know me know that I can fight and bite, that I have an extreme will. I will do everything so that we can fight our way out of the bottom of the table bit by bit."