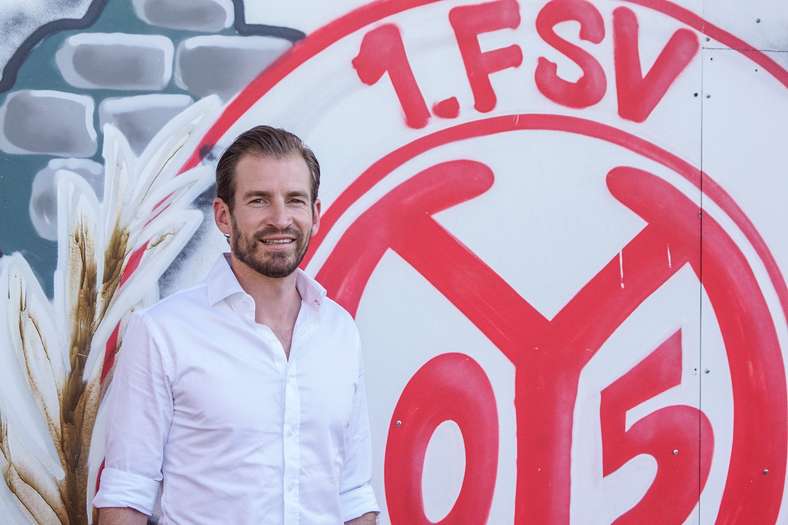 1. FSV Mainz 05 have appointed Jan Siewert as their new Head of Academy Coaching. He will begin his new role on 1st July and has signed a long-term deal at the club. The 37-year-old was previously head coach of Huddersfield Town in the Premier League and the Championship in England.

Siewert has enjoyed an experienced career already as a coach. After starting as a sporting manager in the Rhineland, he became Germany U17s & U18s assistant coach, before moving on to coach VfL Bochum’s U19s. He then took over at Borussia Dortmund U23s, prior to his move abroad to Huddersfield. He has also coached Rot-Weiss Essen and was assistant at VfL Bochum at one time.

Reaction to the signing of Jan Siewert:

“I was impressed by how Rouven Schröder and Volker Kersting treated me during our discussions. They offered me the role of Head of Academy Coaching, whilst also giving me enough time to envisage how I would approach the task. Ultimately, I decided to take on this strategic and content-focused role. I’ve worked in a number of different roles and have been able to gather lots of experience for such a young age. For me, the time has now come to pass this onto other players and coaches. At the same time I have the opportunity to develop myself even further. So the position opens a lot of doors for me. I have been in contact with Mainz 05 for a long time now. I know some of the people there very well, so there’s already that level of trust. I’m looking forward to the task ahead.”

“We deliberately took our time in order to find the perfect candidate for the role. Jan Siewert was our absolute number one choice. I have known him for a number of years now and know how good he works at youth level. His experience both domestically and internationally will be a huge asset to us and he will work to take our youth system to the next level. Through our discussions with Jan it was clear to see that he was very keen to come to Mainz. It speaks volumes both for Mainz 05 and our youth system, that he has chosen to come here. This signing has once again clearly strengthened the youth set-up at 1. FSV Mainz 05.”

“We’re delighted that we have been able to bring in an absolute expert for the important role of Head of Academy Coaching in Jan Siewert. After Thomas Krücken’s departure to VfB Stuttgart, we took the time to fill the position as best we could. Jan already has lots of experience both as a trainer and as a coach, as well as strong interpersonal skills, which impressed both myself and Volker Kersting during our discussions. We were also confident that we would be able to keep him here on a long-term deal. This signing is another important building block for Mainz 05 to turn young talents into top professionals. Therefore we are delighted that Jan has chosen to join us.”