"It's been a special year"

Achim Beierlorzer wants to use the winter break to regain some strength and momentum - consistency is key. 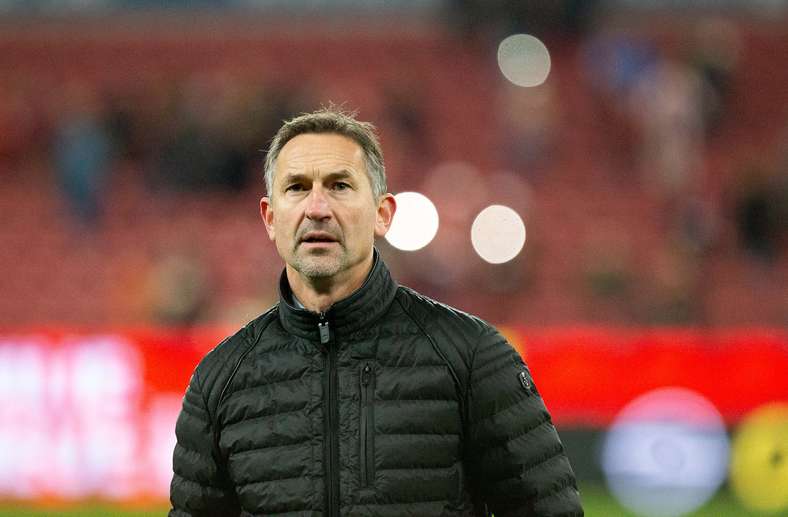 Disappointed with the loss to Leverkusen, but satisfied with the coaching position in Mainz.

Achim Beierlorzer and his team gained nine points in six Bundesliga games as the new head coach of 1. FSV Mainz 05. It could have been ten points, maybe even twelve, but the Zerofivers instead went in to the winter break with a 0-1 loss to Bayer Leverkusen after a last minute counter attack. "We deserved the win clearly, but that's the way it is in football, sometimes the opponent takes the points," said the 52-year-old coach afterwards. This is exactly the type of thing we need to work on so it happens less in the second half of the season.

The winter break is short, but absolutely necessary. "Do you know what a year like this does to you?," replied the 05 coach when asked by a media representative whether he would prefer the Bundesliga to continue without a break, given the momentum the team has picked up in the last few games. "I am so glad that we get a break. It gives us time, if only briefly, to take a breath." And maybe even reflect a little bit on what happened in 2019.It's been a very topsy-turvy few results in recent weeks for Mainz: the sensational 5-1 success in Hoffenheim, immediately followed by the derby victory against Eintracht Frankfurt, then the 1-2 defeat in Augsburg, followed by the 0-4 in the OPEL ARENA against BVB. And of course the 5-0 coup at Werder Bremen. And finally the unfortunate defeat at the end of the year. "Except for the game against Dortmund and the first half in Augsburg, everything has been okay since I took over," said Beierlorzer.

Mainz 05 was the right decision

But there were two other clubs for which the Franke worked in 2019. He was always a consistent person, he said. Beierlorzer had previously worked both as a player and later as a coach: at home with the district league team in Kleinsendelbach, with the Bayern league team SC Schwabach nearby and at SpVgg Greuther Fürth. The more professional it got, the shorter the time spent as the coach - three years in Leipzig, two years with Jahn Regensburg, and less than six months with 1. FC Köln. "This year was a special year," said Beierlorzer.

However, moving to Mainz was the absolutely right decision. "It was clear after just a few days," said the 05 coach. "Mainz 05 is a very attractive club with a clear philosophy that fits what I want to play. It suits me better here in terms of the system "but I don’t want to compare Mainz 05 and Cologne with each other. I feel good here, everyone's welcomed me and the team is responding to me now. If you think about this five week period as a development phase, then I think we've been successful."He's had great fun working with the team so far. "If you look at how we played Leverkusen alone, it was a great achievement," said Beierlorzer. "We were compact defensively and restricted them to very little, with many of their shots being blocked by our defenders. The outstanding thing was that we created a multitude of chances ourselves too. We should have got at least a couple of goals, it didn't happen, but we can still be proud of our performance and it takes us in to the New Year with a bit of confidence."

The priorities for the training camp in Estepona from January 5th are self-explanatory: Consistency is the most important thing, the coach said, apart from that, the goals remain the same: "Aggressive pressing and tackling, being compact in defence. Making an effort to win the ball back and doing things with it when we have it. Exploiting opportunities, determination, constantly creating chances. We also have some room for improvement on the wings."The goal is, and remains, staying up. "We have 18 points. So, if things go well, we'll be exactly halfway there," Beierlorzer calculated. "But I also believe that the fixtures are much kinder in the second half than in this first half," he said with an optimistic outlook for 2020.