The full post-match quotes from the home loss against Augsburg. 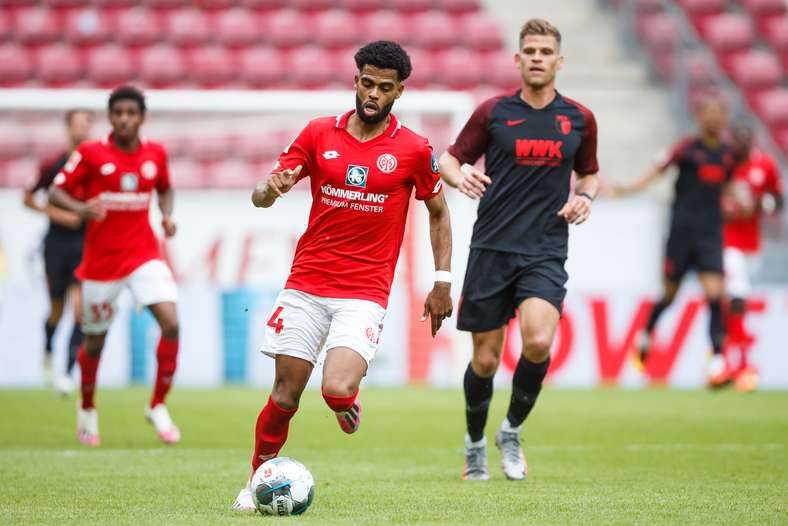 Mainz had a lot of chances, but couldn't find a goal.

After the loss against FC Augsburg, the Zerofivers had conceded early and not made any use of their chances they created. “if you can’t score goals, you can’t win games,” summed up Karim Onisiwo.

Karim Onisiwo: “We started badly with conceding the goal inside a minute, and we actually wanted to be switched on from the first minute, which we were unable to be. Then we had to calm down. We improved later on, played good football and created chances, but we couldn’t get the ball over the line. But we didn’t lose just because of one slip-up. We had enough chances after conceding. We tried to create as many chances as possible in the second half, but we just couldn’t score. And if you can’t score goals, you can’t win games.”

Jeremiah St. Juste: “Conceding in the first minute is unbelievable. It’s only a touch. But things like that happen. We weren’t awake enough in defence at that moment, so we have to be better. And when you look at the attack, we simply have to take one of those chances. We have to score goals. We had planned to keep a clean sheet but it didn’t work out that way. We have to do better in the next few games. We wanted to win the game for Taiwo, but we couldn’t manage that unfortunately.

We wanted to win the game for Taiwo, but we couldn’t manage that unfortunately.

Florian Müller: “We cleared the ball before we conceded, but we didn’t do it fast enough and forgot Flo Niederlechner was lurking in behind. He didn’t hit the ball cleanly, but it went in anyway. It’s bitter that we missed the set-piece at the start. We played well afterwards, gave it our all, and created a lot of chances, but we weren’t rewarded for it. That’s why it is so bitter at the moment.

Daniel Brosinski: "We had the game under control and it’s madness that we weren’t able to score today. We had three or four really good chances, but we couldn’t get it over the line. The will was there, the team was faultless, but we couldn’t score.”