For just over two weeks now, the Mainz players have been working from home, and taking part in individual training sessions. Robin Quaison is itching to get back on the pitch. 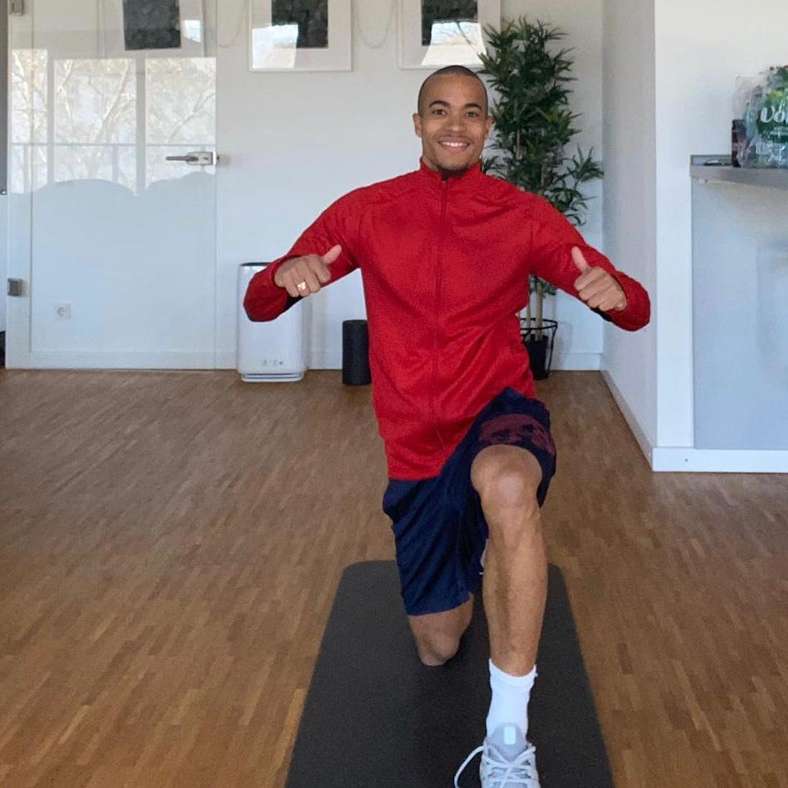 Like his teammates, Robin Quaison has been working out at home for the last few weeks.

Before the season was put on hold due to the coronavirus, things were going extremely well for Robin Quaison. The striker had amassed 12 goals and two assists - it’s little wonder that the 26-year-old is itching to get back on the pitch. In an interview with mainz05.de, he spoke about working from home, how his family in Sweden is doing and lists his top five goals for the Zerofivers.

“Yeah, it is a bit boring,” said Mainz’s current top goalscorer when asked about the at-home training sessions. “I go outside every day for a run, I do my exercises, but other than that there’s not much to do at the moment. I’m probably watching a bit too much T.V. right now.” Other than going for runs, Quaison does not leave his house often. “There’s not much to do. Many stores and businesses are closed. My friends and family aren’t here in Mainz. Of course, I go grocery shopping every now and then, but that’s it. But, this is the reality we currently find ourselves in and we need to get through it.”

The 26-year-old remains in close contact with his family in Sweden, with regular phone calls to his mother. “Things aren’t too bad there right now, but the number of cases is rising,” he said. However, the country has yet to implement the same restrictions that Germany has put in place in order to prevent the spread of the virus. “There are no restrictions on leaving your home. My family is still going outside and are living their normal day-to-day lives,” said Quaison.

Having to work from home and being separated from his friends and family are just a few of the reasons why Quaison would love for the season to start up again as soon as possible. After all, things were going extremely well for him over the last few weeks. His tally of 12 goals and two assists this season were a club-high this season. However, he’s not worried about not being able to get back to his good form after this enforced break. “I don’t think that will be a problem. We are all professionals. Of course, we’ll need some time to train as a team again, but then I’d be happy for things to start up again.”

Since it will unfortunately still be some time until we’re back on the pitch, we took the opportunity to show Quaison his goals from this season so far. At first, the Swede was hesitant to name his favourites. “My favourite? I don’t have a favourite. I like all my goals,” he said with a laugh. “A goal is a goal. If you want to pick out some highlights, then everyone will choose the goal against Köln on matchday 9. I don’t even have to mention that one anymore.”

Another game that he lists as a personal highlight was the 3-1 away win against Hertha BSC on matchday 21. Quaison scored a hat-trick that day, and converted a penalty to further extend Mainz’ top-flight record of successful penalties. “Yes, that was a really good match,” he said. The striker also picked out his goal away against Borussia Mönchengladbach.

"It’s important that we stay at home and stay healthy”

We’ve pieced together these five goals in a highlight video, in order to give you something to enjoy while there’s no football to watch. Quaison also added how important it is that we stick together to get through this crisis. “It’s important tthat we stay healthy, that we stay at home and look out for one another. For us professional players, it’s important that we train so that all of us are ready to play when the season starts back up again.”