Gladbach capitalise on a lapse in concentration – the central defender puts himself at blame for losing focus. 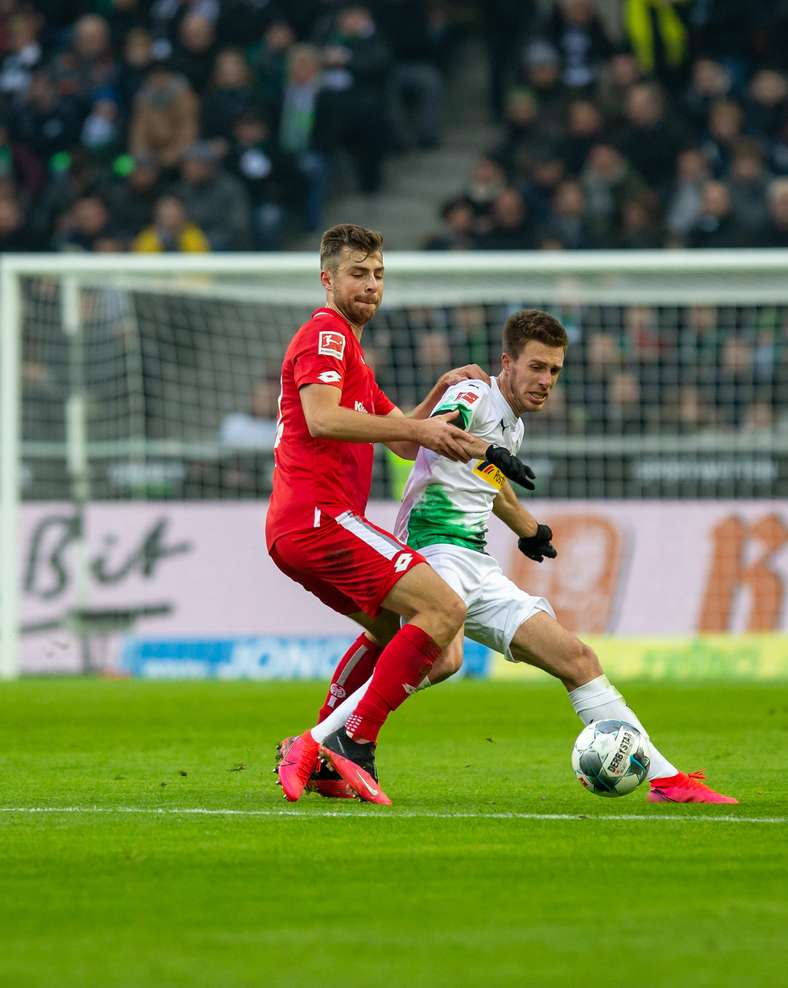 Defensive errors and a wonder goal sealed the victory for Gladbach on the day.

After the narrow 3-1 loss against third in the table Borussia Mönchengladbach, both Mainz central defenders criticised both themselves, and the defence as a whole. Moussa Niakhaté and Alexander Hack put in a strong defensive performance for large periods of the game, however mistakes in key moments ultimately led to the Zerofivers’ downfall in Mönchengladbach. “We shouldn’t have lost the game. We were simply just made to pay for our errors. All three goals were avoidable,” explained the captain.

Niakhaté helped his side get off to a flying start, as his impressive pass played in Robin Quaison to give the Zerofivers the lead after just twelve minutes. However, the hero turned to villain not long after, as a lapse in concentration allowed Allasane Pléa to go unmarked from a free kick and tap in the equaliser. Robin Zentner in the Mainz goal was let down by the men in front of him. “No,” said Niakhaté, “It’s the lack of concentration in key moments that lets us down at times.” And the same could be said for each of the goals they conceded on the day, “We made mistakes due to lapses in concentration, and you can’t afford to do that against teams like Mönchengladbach because they will punish you for it.”

Achim Beierlozer later explained that it couldn’t have been a case of the defenders losing their men because they defended corners and free kicks zonally. Gladbach’s opening goal came from a quickly taken free kick from the right-hand side, which found Pléa’s outstretched boot to tap the ball in.

“It was an even game. We easily could’ve got something from it. It’s a kick in the teeth to concede two goals that were so avoidable in such a good and even game,” explained a frustrated Alex Hack. There’s not much you can say about the third goal. Zentner headed the ball away from outside of his penalty area, which landed at the feet of Florian Neuhaus, who caught the goalkeeper off his line and looped it over him into the net. That summed up Mainz’s day perfectly. “Conceding from two set pieces that landed at the striker’s foot is simply not good enough,” said Hack. “Whether it’s down to a lack of concentration, or not being alert enough, I’m a bit lost for words as to how we let this happen. If the opponent scores really good goals then you just have to hold your hands up and say ‘fair enough’. But we shouldn’t be conceding such simple goals.”

“We were caught sleeping”

“You need to put in a solid performance across the entire 90 minutes to get a result here. Unfortunately we were caught sleeping. That shouldn’t happen. You need to be alert and focused in every second of the game in order to keep the opposition from scoring. We don’t want to play like that ever again.”

They say that self-criticism is the way to improve, and the Zerofivers have certainly adopted this mentality. “Everyone has to push themselves here,” Hack explained. “We could talk all day about the coach, the philosophy or whatever, but at the end of the day we are the players out on the pitch. We’re the ones who are responsible. So we just need to pull our socks up and go again.”