"Games are won both on the pitch and in the stands"

Rouven Schröder called upon the fans' support ahead of two crucial matches in the Bundesliga. 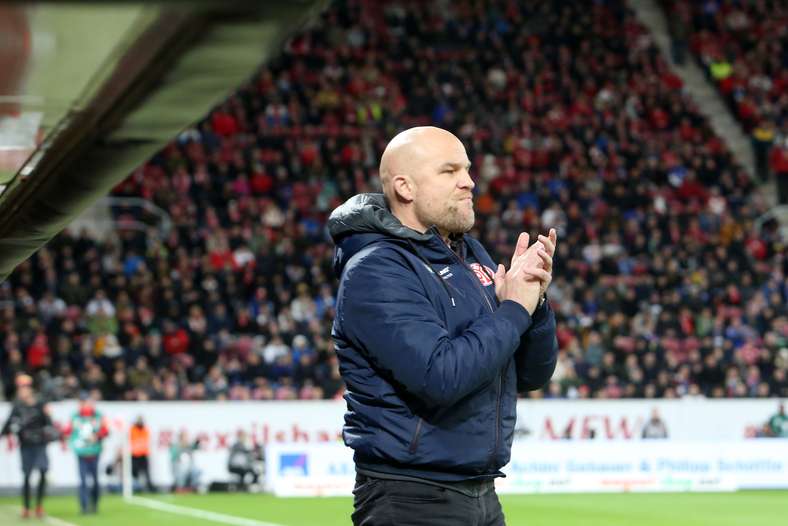 Schröder expects Saturday's game against Paderborn to be a passionate affair.

Eleven Bundesliga leagues are still to be played in the 20/19/20 Bundesliga season. The coming weeks will decide whether FSV can beat their direct competition and win the relegation battle. Mainz now take on SC Paderborn and then Fortuna Düsseldorf; two matches that could prove pivotal in the scramble for Bundesliga survival. The Zerofivers’ brief is clear: “one week, two games, and one prize!”

“We’re disappointed and need to show a positive change in the next few games,” Achim Beierlorzer had said late on Sunday evening in the wake of the defeat in Wolfsburg. Mainz hadn’t been able to keep up their bright start over the 90 minutes and, after two decent results against Hertha and Schalke, deservedly slumped to defeat. “They need to get it into their heads that a repeat performance will make life really tough for us,” sporting director Rouven Schröder added. “Nobody should be thinking that the coming weeks, and also the game against Paderborn, will be easy. Each player needs to be critical of himself,” Schröder stated.

Schröder is confident that the team will recover well. “We’re expecting a passionate game from our team. We need to be patient, and we need the fans on our side         . We want to life the crowd, because games are won both on the pitch and in the stands.” After last Sunday’s game, Rouven Schröder had praised the travelling supporters, most of whom had dressed up for carnival. He said that “they had a great away day. That was Bundesliga support. Hats off to them!”