"FIRST OF ALL WE ARE ANGRY"

Close to the first points of the season, but then brutally punished: 2-3 defeat against Gladbach generates more anger than frustration for the Mainz coach 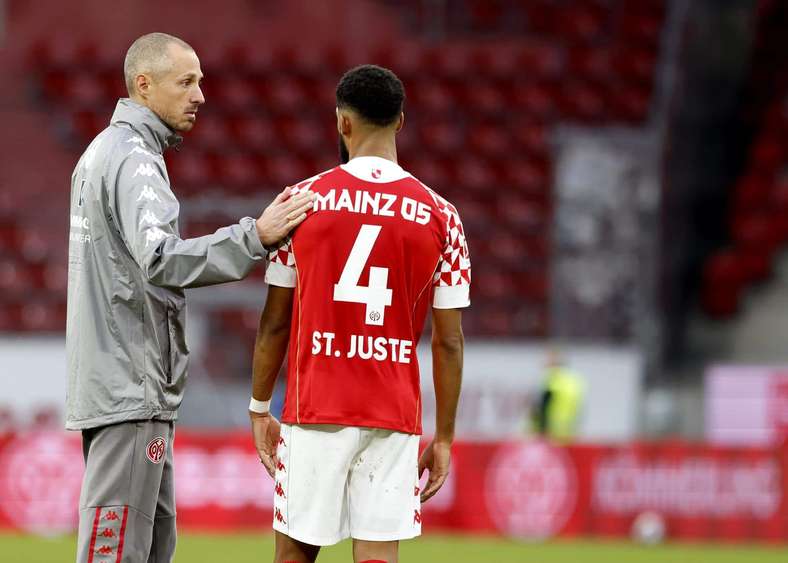 Disappointment and rage need to be channeled into energy and fighting spirit before the Zerofivers travel to Augsburg.

Once again a clear improvement in performance, but also another defeat: Mainz 05 seemed to be on the way to ending its run of defeats in the Bundesliga against the Champions League side, but in the end it was another loss. Jan-Moritz Lichte's team lost to Borussia Mönchengladbach 2-3 after a 2-1 half-time lead. "We are all brutally disappointed, but we will not let ourselves be dragged down from the top of the table," Rouven Schröder said afterwards.

The fifth defeat in the fifth game of the season has created a fresh outlook at the OPEL ARENA. "We are combative and are not losing faith. At Mainz, we never give up," emphasised the Sporting Director. The Mainz head coach also felt disappointment after the 90 minutes. But even for Jan-Moritz Lichte, this did not result in frustration, but anger and defiance. "Above all, we are angry," explained the 40-year-old. "About the fact that we did not make the most of the chances we had. That they got a penalty which I think should have resulted in a different decision.

In the end, there were a few reasons the coach and the team can be annoyed about. The Gladbach winning goal, where the defence made it too easy for goalscorer Lars Stindl. Or about the fact that the penalty, which led to a 2-2 draw for the visitors, could have been avoided if Moussa Niakhaté hadn't played the bad pass into the middle which led to the counter-attack, which, when he tried to save the ball, bounced off the centre back's upper arm. Above all, however, the numerous promising chances going forward could have decided the game in Mainz’s favour. 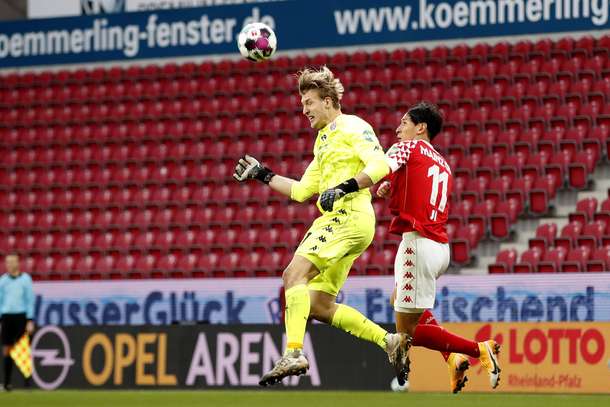 Of course, Robin Zentner had to make some great saves, but other than the two goals for Jean-Philippe Mateta, who turned the deficit into a 2-1 lead, there were good chances for Jean-Paul Boëtius and Robin Quaison, who went through twice. Or those of Levin Öztunali and Jonathan Burkard, who had more in them. If one of these had been converted and Mainz had extended its lead to 3-1, the likelihood that the Gladbachers would have come back would have been greatly reduced, despite Marco Rose's change from three at the back to four and a change of quality and force in their attack.

Instead, Borussia equalized and even decided the game with a header following a corner. "We have to make one or two less mistakes, but when you are down, you tend to be brutally punished," Schröder commented on the decisive moments. "It was a good performance by the team. With a good attitude, they worked their way through a lot of stuff, played refreshingly and courageously. Once it was 2-2 it was then in the players heads." The fear of losing led to the defeat.

After the unfortunate penalty, Lichte also mentioned how his players let their heads drop. "We must continue to work on this. We still had a chance to win the game, and we didn't have to lose it. In our situation, it's certainly harder to do that in your head than it is when you've had a lot of successful games. But we want to defend ourselves, we have to defend ourselves. Nothing is given to us. Gladbach also had to give all they had today".

The Mainz coach said that the game would again say a lot about his team. "The players must also get into their own heads and draw energy from such a game. As frustrating as it is to see, we're close, we're working hard, our games are getting better every time. We try and we try and at some point things will turn out differently for us. We need the energy to say, we'll make it next time.” The next opportunity is the away game next Saturday at FC Augsburg.