FACTS ABOUT THE MATCH WITH WERDER BREMEN

After the first clean sheet of the season, three points at the OPEL ARENA for the first time this season is the goal for tomorrow 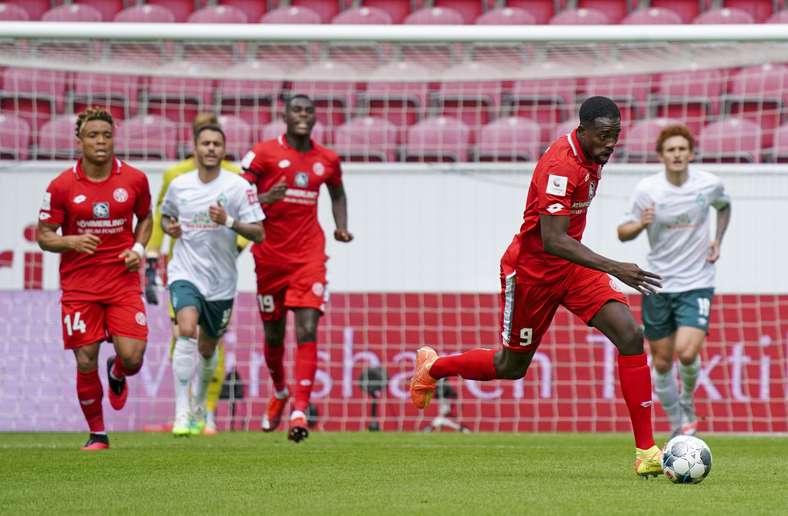 Werder Bremen travel to the OPEL ARENA tomorrow. After a draw and the first clean sheet of the season in Berlin on Tuesday, three points at home for the first time is the aim. When the match kicks off at 3.30pm CET, head coach Jan-Moritz Lichte is sure that the team will be at 100 per cent, even after a busy week of matches: "It's the last Bundesliga match this year, so you can throw everything you've got into it, concentrate and give it your all."

Mainz's last home victory dates back to 20 June, when they beat Saturday's opponents, Werder Bremen. With the 3-1 victory, Mainz managed to avoid being relegated.

Robin Quaison particularly likes to score against Werder. As against our opponents on Tuesday, Hertha BSC, the Swede has already scored six Bundesliga goals against Bremen. In the last three matches, he has scored every time.

The defeat against Borussia Dortmund on Tuesday was Bremen's fourth in a row. Overall, SVW is now winless in nine Bundesliga matches, the longest streak under coach Florian Kohfeldt.

Last season, Mainz 05 won both games against Bremen, the away match almost exactly one year ago on 17 December, winning 5-0 in style. It was the highest away win in Bundesliga history for the Zerofivers. In total, Mainz picked up six points and had an aggregate of 8-1 against Bremen last season.

Strong away from home

Watch out, because Bremen likes to take three points away to Mainz! Of the 13 Bundesliga victories against Mainz, Bremen celebrated eight of them in Mainz.

Jeremiah St. Juste has not yet missed a minute of play in the Bundesliga this season.

Awake until the end

Especially in the last minutes of the game, the Mainz defence needs to be wide awake. No team in the Bundesliga has conceded more goals in the final quarter of an hour than Mainz this season.