FACTS ABOUT THE MATCH WITH THE FCA

FSV with goal scorer Mateta on Kloppos traces? Augsburg with club record, but at home with problems 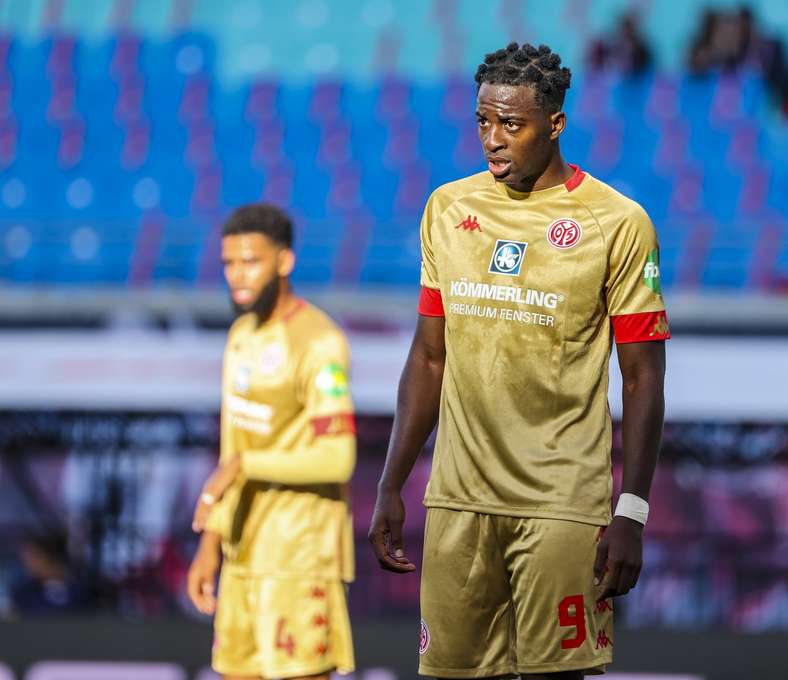 Back to top form? Jean-Philippe Mateta has been involved in every goal this season for the Zerofivers, scoring a hat-trick in the DFB Cup.

Still room to improve is the 05 view, despite the better performances in recent weeks, but also the recent results in matches with FC Augsburg, who Mainz 05 face away from home on Saturday afternoon at 15:30. Including the DFB Cup match in October 2018 (2-3 AET), the Zerofivers have come away empty-handed in the last four matches against the Bavarian Swabians. It's time for a change in fortune for Mainz, who are raring to go after their two unfortunate home defeats against Bayer Leverkusen and Borussia Mönchengladbach with the aim to win the first points of the season.

Meanwhile, the overall record with Augsburg is even in the top division: Eight Zerofiver victories, two draws and eight Augsburg wins. How Mainz wants to approach the game, you can find out in the match preview.

Jean-Philippe Mateta scored 14 goals in his first Bundesliga season with Mainz two years ago. After a knee injury held him back in the summer of 2019, he only scored three goals in 18 appearances in 2019/20. A number he has already matched in just five games this season. The Frenchman also provided the assist for Mainz’s fourth goal of the season (Robin Quaison).

FC Augsburg is physically at the top, they’ve ran the most in the Bundesliga this season out of all teams (on average 122.6 km per game). "That shows that it will be a physical battle," Mainz head coach Jan-Moritz Lichte said on Thursday. Most recently in Leverkusen, FCA even set a Bundesliga club record of 128.5 km and a league-wide record for the season. The following record is also impressive: Of the top seven largest running distances this season, FCA is represented four times (Mainz once: 122.6 km against Leverkusen).

Danny Latza is already close to a ban, he is the only player in the league who has already been cautioned four times this season. In 2001/02, Rene Rydlewicz from Rostock even managed to get booked in the first five matches of the season. There has never been a Mainz player with five yellow cards after six Bundesliga matches; the last player who "succeeded" in doing so was Gladbach’s Granit Xhaka in the 2013/14 season.

Mainz have conceded the most headed goals (5, also Schalke) of all teams this season. There have been 6 set-piece goals against the Zerofivers (only Hertha have more, 7). A problem that the head coach also knows about: "We have to keep at it, defensively and offensively. In the last three games we have conceded goals and Augsburg is a very big team with good set-pieces. Our opponent scored three of their six goals this season by head. Not surprisingly, the Zerofivers have been working intensively on dead balls in defence as well as offense during the week.

Only previously in the 2005/06 season, Mainz has had zero points after five matches. Under Jürgen Klopp, the team scored its first victory 15 years ago in the sixth match of the season (2-0 against Kaiserslautern). At the end of the season, Rheinhessen took 11th place. Same again in 2020?

… in the past few months for the FCA. They have won only one of the last nine home games, against the top team Borussia Dortmund (2-0). Also against the BVB, 6,000 spectators were allowed to watch in Augsburg, their following game, 0-2 against RB Leipzig took place without fans, the same will apply on Saturday afternoon against Mainz.

… was a tough one. Now playing for Mainz, Dong-Won Ji put the visitors ahead late on in the OPEL ARENA in September 2018, before Tony Ujah & Alex Maxim turned the game into a 2-1 victory.

The referee for Saturday’s fixture will be announced on matchday.