FACTS ABOUT THE MATCH WITH HERTHA BSC 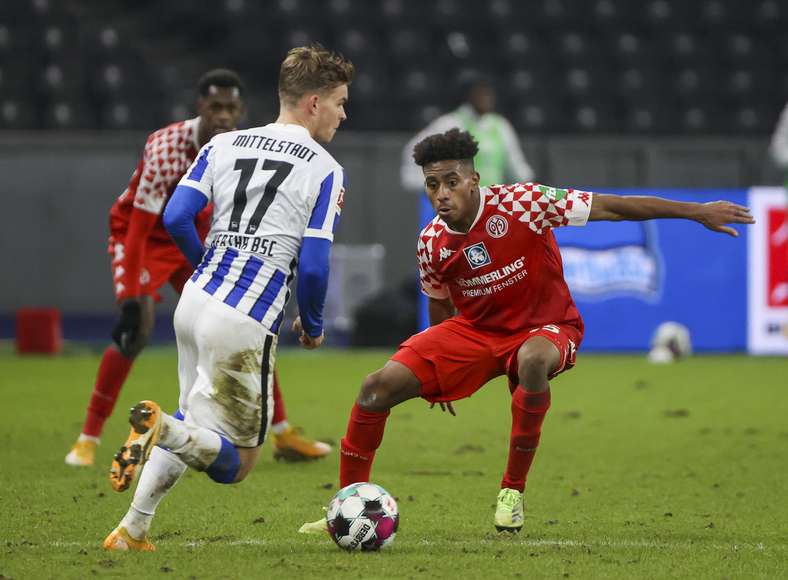 The opponents met under completely different circumstances on matchday twelve in the capital. Following the draw, the Zerofivers had six points, Hertha had 13.

After the 2-1 victory over record champions FC Bayern Munich, the Zerofivers turn their focus to the final spurt in the Bundesliga. Before the derby against Eintracht Frankfurt and the duels against Borussia Dortmund and VfL Wolfsburg in the final weeks of the season, the rescheduled match of the 29th matchday against Hertha BSC awaits on Monday evening (6pm CET). The team at the bottom of the table is in need of points after a two-week forced break due to Coronavirus (back in training since Friday), while Mainz wants to continue scoring after three wins in a row and keep their rivals from Berlin (at least) at bay.

The Zerofivers are expecting a "tough fight" (quote Alexander Hack). And the previous record of the two teams' encounters also suggests an exciting showdown. The two teams have met 25 times in Germany's top division so far: Eight games each were won by both clubs, nine times the points were shared. The last time was in the reverse fixture, when the Zerofivers kept a clean sheet for the first time this season.

Facts & Figures on the match

Bo Svensson's team has now gone seven Bundesliga games without defeat, recording five wins and drawing twice in that period. That is the longest current streak of any Bundesliga club and the longest for the Rheinhessen side in over six and a half years.

With a win or draw against the Herthans, Mainz would match a club record from the 2014/15 season. At that time, Mainz, also under a Danish coach, Kasper Hjulmand, played eight consecutive games without defeat.

When the Berliners visit Mainz on Monday evening, it will have been 23 days since their last match. After the Bundesliga match against Borussia Mönchengladbach, the third unbeaten game in a row, the Alte Dame were still in 14th place in the table and then had to go into a two-week quarantine. During this time, the competition was busy scoring points - the capital is now second to last and under a lot of pressure ahead of the upcoming rescheduled games.

Away the offensive engine sputters

While the Berliners fired 24 shots on goal in their last home match against Mönchengladbach (a record for Hertha this season), they have not been as prolific away from home lately. In Dortmund (0-2) and in the capital derby against Union (1-1), Dardai's team fired only four shots on goal.

In the recent clash against Bayern, 05 striker Robin Quaison scored his 29th Bundesliga goal for Mainz, equalling the club record held by Yunus Malli and Mohamed Zidan. It is possible that the Swede will move to the top of the club's internal ranking on Monday: in six Bundesliga games against Hertha, the goalscorer has scored six goals.

Back at the old place of work

For Hertha attacker Jhon Cordoba, the guest appearance in Mainz means a return to the club for which he played a total of 51 Bundesliga games from 2015 to 2017 (ten goals). Since his departure from Rheinhessen, the Colombian has yet to win against Mainz: two draws and two defeats (no goals) are on the record for the 27-year-old. In any case, Cordoba has scored all four of his goals this season at home.