FACTS ABOUT THE MATCH WITH FC KOLN

Convincing home record against Köln, Zerofivers with a chance to move up the table, both teams searching for a clean sheet 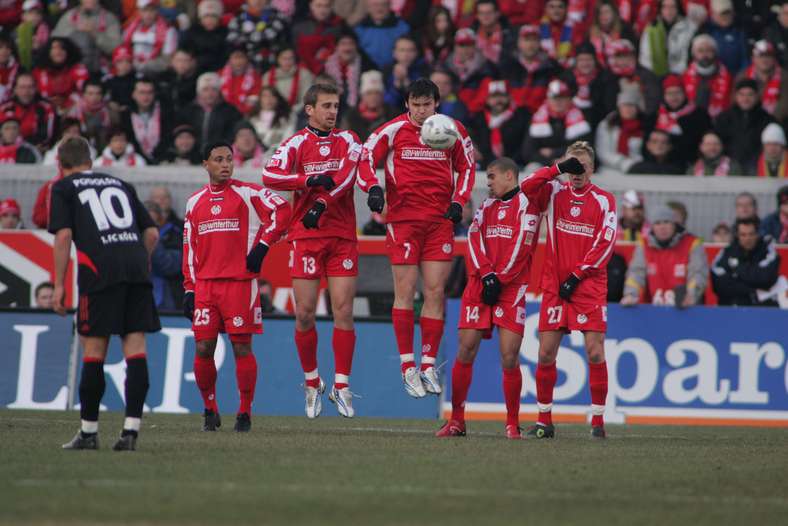 Jan-Moritz Lichte stated on Thursday at the press conference before the clash with the Koln (Saturday 3.30pm CET at the OPEL ARENA) that previous records are not his thing. The 05 coach is more optimistic about his team's chances against their opponents, who are currently two points better off at the bottom of the table, than about the past. If his team implements the match plan, he sees "good opportunities" to achieve win number two this season.

Mainz have managed to beat FC Koln seven times in 18 Bundesliga encounters so far, each time in front of a home crowd. FC Koln have prevailed five times, while the points have been shared six times. Tomorrow's visitors have only won once away to Mainz (3-2 in April 2016).

The Zerofivers, and above all goalkeeper Robin Zentner, are waiting for their first clean sheet this season, just like their opponents (21 games without one). However, the clean sheet was particularly frequent in matches with the Effzeh previously. Mainz have conceded their fewest amount of goals against Koln (eight times, including six in nine home games). A statistic that one likes to look at.

Waiting for the three points

For the first time in their Bundesliga history, Mainz remained winless in the first five home games of a season. More recently, there were two draws (2-2 against Schalke & 1-1 against Hoffenheim) after three opening defeats at the OPEL ARENA. "We want to celebrate the first three points in the OPEL ARENA on Saturday and get out of the bottom to go into the new week with momentum. That is our mission, which we are working towards," sporting director Rouven Schröder underlined the importance of Saturday's match. At home against Koln, the Rheinhessen side have won seven of their nine encounters so far.

...a look at the home statistics is particularly disappointing, as Mainz have been in the lead in four of the five games so far, but have never been able to convert them into wins.

In terms of major chances created, the Zerofivers are on course for the Europa League after eleven games. So far, Mainz have found themselves in a promising position in front of the opponent's goal 21 times (fifth place). If only it weren't for their poor finishing. By way of comparison, the Effzeh, who have also scored twelve times this season, have only managed to create nine chances (14th place).

The first meeting in the top flight took place on 28 January 2006, and the match was a tough one: The visitors turned the game around after Michael Thurk had given Mainz the lead. Lukas Podolski and Matthias Scherz added their names to Koln's scoresheet. But in the second half, the Effzeh had nothing to stop the Zerofivers run. Thurk again, Mo Zidan (who celebrates his 39th birthday today) and Benjamin Auer ensured the final score was 4-2 to Mainz.