FACTS ABOUT THE MATCH WITH ARMINIA 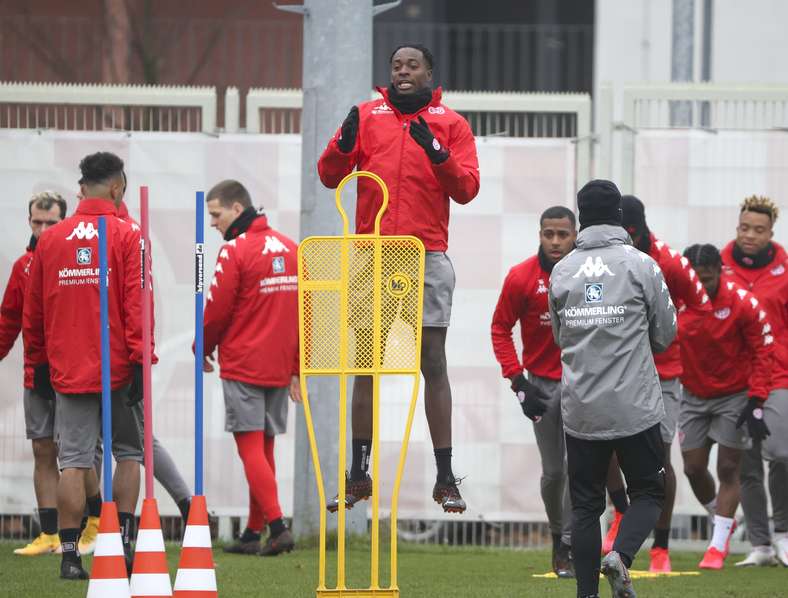 Mainz goalscorer Jean-Philippe Mateta has scored seven times so far this season, Arminia has only netted six times in total.

For the first time in 13 years, a match between Arminia Bielefeld and Mainz 05 will take place on Saturday afternoon. In March 2007, Rheinhessen won by a narrow 1-0 margin in the Bruchweg Stadium - Mainz would get relegated and return to the Bundesliga two years later. It was also the only victory to date for Mainz in six matches in the top division, with this year's promoted team winning two of them and sharing points three times.

Incidentally, the matches were never full of goals; eight in six games means a meagre average of 1.3 goals per game. The reunion on the alpine pastures this weekend means a clash between two neighbours in the table, Arminia picked up the four points they have in the first two matchdays and have left empty-handed seven times in a row, while Mainz is unbeaten in three games (5 points) after six defeats to start the season.

For both teams the match at the weekend is a trend-setting one. While Mainz have scored five points so far, the hosts have scored four. However, the opponents are not only neighbours in the current season, but also with regard to the eternal Bundesliga table: Both FSV and DSC have scored 602 points so far, whereas Mainz (23rd place) needed 68 games less and are ahead of Arminia (24th place).

In the four Bundesliga matches in December, Bielefeld only has fixtures against competitors from the lower half of the table. Before Christmas, the DSC will play against Mainz, Freiburg, Augsburg and Schalke. The Zerofivers also want to polish up their record in December against opponents around them: Bielefeld will be followed by the games against Cologne, Hertha and Bremen.

Mainz has not yet been kept a clean sheet. 22 goals conceded after nine matchdays is a new record in Mainz's Bundesliga history. In the last few games, however, Robin Zentner only conceded once each game. Will the first clean sheet follow on Saturday?

Bielefeld recently scored more goals in the narrow defeat against Leipzig (1:2) than in the three previous games combined. Despite this, no points were scored and the East Westphalians still have the worst offensive record in the league (6 goals, tied with Schalke) - Mainz's top scorer Jean-Philippe Mateta has scored more on his own (7) than all the Bielefelders put together. The Neuhaus team has also created the second fewest chances (5, Mainz 18) and has the second worst goal rate (15 shots per goal) after Schalke.

Bielefeld has fell behind in seven of the nine Bundesliga games this season, Mainz in six of nine - both teams failed to score a single point afterwards. In the last 49 Bundesliga away games, Mainz has also failed to win when falling behind (0-6-43); the last time they did so was in Bremen in September 2016.

Eight out of six

The Bundesliga matches between the two teams so far have not been particularly goal-laden: none of the six matches have seen more than two goals, with an average of only 1.3 per match (the lowest average of any pairing this season). All eight goals in this fixture have come from set-pieces; four from penalties and two each from corners and free kicks.

Only two teams have scored less set-pieces than Mainz (2, both penalties). Will that change this weekend?