FACTS ABOUT THE MATCH AGAINST THE FOALS

Following their draw in the Champions League opener against Inter, Mönchengladbach will visit Mainz this weekend - Zerofivers want to end a run of eight matches without a win. 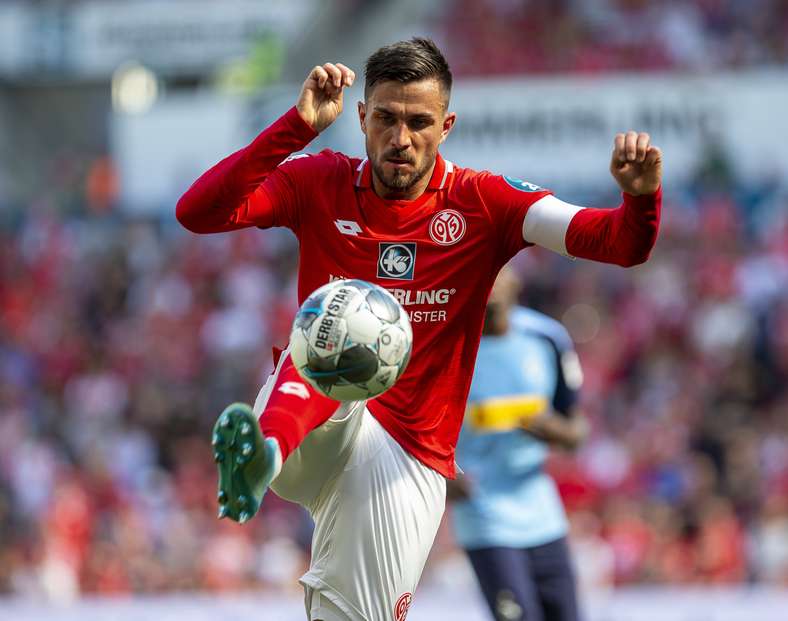 Captain Danny Latza wants to lead his Zerofivers to their first points this weekend.

Wednesday evening in the famous San Siro in Milan, and now Saturday at the OPEL ARENA: Tomorrow at 3:30pm (CEST),  Borussia Mönchengladbach face their next challenge when they take on Mainz. The first points this season could be earned against the Champions League participants in the fifth match of the campaign. But the Zerofivers are warned, Borussia hasn’t lost any of the last eight matches against Mainz.

Head coach Jan-Moritz Lichte followed Gladbach’s matches against Inter Milan closely during the week. The team of ex-Mainz professional Marco Rose earned a 2-2 draw to begin the season in the Champions League. "We gathered all the information and came up with a plan that we want to implement. Irrespective of the fact that we saw the Gladbachers take a point against a top European team," said Lichte at the pre-match press conference.

The streak must end

Mönchengladbach are undefeated against Mainz in eight Bundesliga matches (six wins, two draws); Borussia has won all four of the previous four matches. The last Mainz victory against Mönchengladbach was almost five years ago: on 29 January 2016, Mainz 05 won 1-0 at home thanks to a goal from Christian Clemens.

No other Zerofiver has provided more goals in the current Bundesliga season than Daniel Brosinski. So far, he has put his teammates in scoring chances twelve times, but the success rate still shows room for improvement.

Mönchengladbach have not yet "won" a second half this season, because five of the six goals they have conceded so far were scored after the break. Four goals were not scored until the final 15 minutes, which is the most in the league.

Daniel Brosinski and Lars Stindl used to play together at Karlsruher SC, where they also went to the same school and even completed their final school exams together.

Watch out for the set pieces!

No team has scored more goals from dead balls this season than Mönchengladbach. The Foals have netted four times.

After his substitution in the game against Leverkusen last weekend, Karim Onisiwo holds the record for the most substitutions in the 15 years the Zerofivers have been in the Bundesliga. The Austrian striker has been used as a substitute 50 times. Meanwhile, his 100th Bundesliga appearance (all for Mainz) is only preceded by goalscorer Robin Quaison. 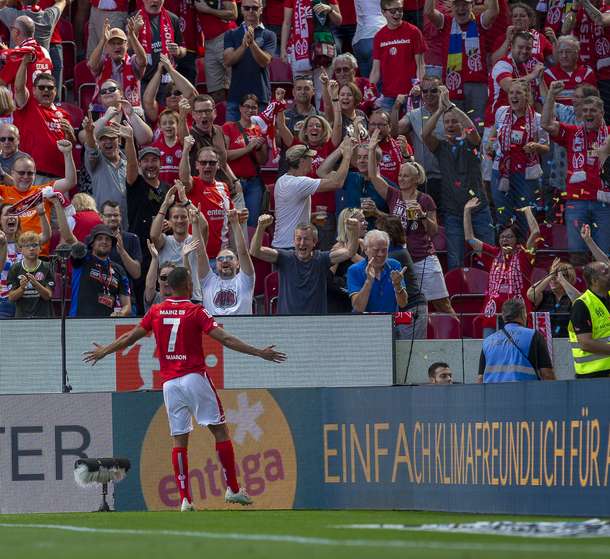 Robin Quaison scored the opening goal for the Zerofivers in both games against Borussia last season, but both ended in 3-1 defeats.

The referees for the weekend will not be announced until the matchday.