FACTS ABOUT THE DERBY AGAINST EINTRACHT 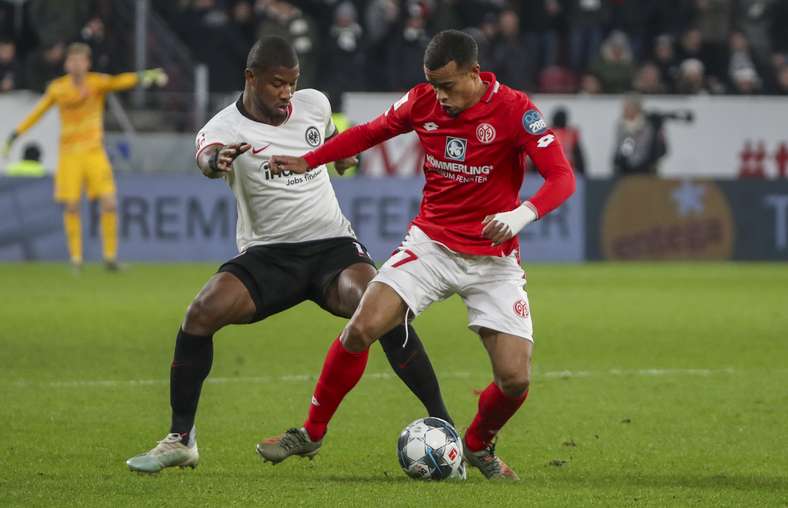 Last season, we won both matches against Frankfurt.

"A team that presents itself as a unit, is passionate, has the desire to hurt the opponent and present them with problems." That is what new head coach Bo Svensson wants to see when the match against Eintracht Frankfurt kicks off at 3.30pm on Saturday. At the press conference on Thursday, the Dane emphasised that Frankfurt are a "top team", but also assured that the Zerofivers are highly motivated for the match with the eighth-placed team in the table: "The boys are ready to go."

Not a good place for Eintracht

Waiting for the first home win

Frankfurt's poor record at the OPEL ARENA comes just in time, as Mainz are still waiting for their first home win of the 2020/21 season. This is particularly annoying, after all, Mainz have been in the lead at times in four of their seven home games so far.

The visit to Munich did not bring any points, but the Zerofivers delivered a performance that will be remembered. Among other things, the Mainzers ran almost six kilometres more than FC Bayern.

Only Bayern have had more crosses than Frankfurt this season (203 to 178). However, our visitors have only scored one goal from a cross.

For Kevin Stöger, the match with Eintracht could be a special game. The 27-year-old is about to play his 50th Bundesliga game.

No Mainz player has created more chances this season than Jean-Paul Boëtius. The 26-year-old attacking player has already put his colleagues in position 22 times.