Contract runs until 2022 for U19s captain 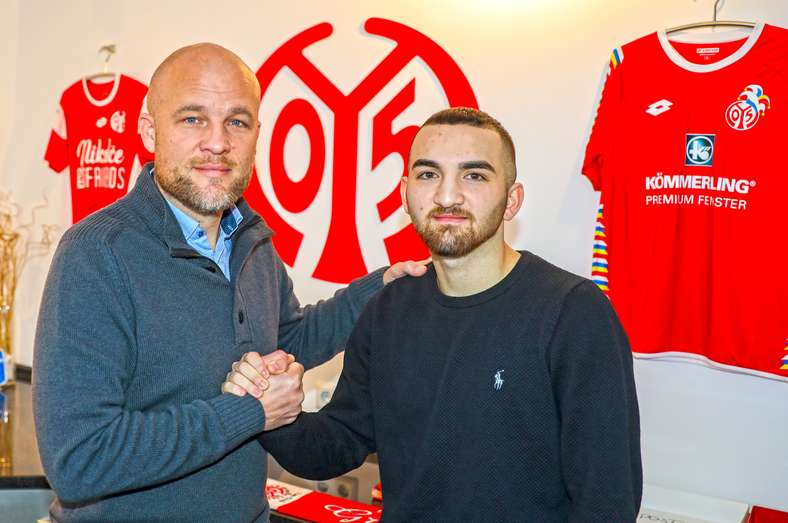 Erkan Eyibil has signed a professional contract with 1.FSV Mainz 05, which runs until 2022. The 18-year-old midfielder arrived at the club’s youth academy in 2015 from KSV Baunatal and currently plays for the U19s. Eyibil joined the first team for pre-season training in the summer. He has also played for all of Germany’s youth teams since U15 level and recently made Guido Streichsbier’s U19s squad.

“Erkan is our U19s captain and has been impressing us for years. He’s a great midfielder; he’s creative and technically strong. We’re delighted that he’s taken the next step and become a pro. We’ll aim to slowly introduce him into the first team and help him work on his physicality,” said sporting director Rouven Schröder.

“Erkan joined us as a 14-year-old and he’s developed really well, especially in the last couple of years. It’s now up to him to keep progressing and we trust that he will. He’s one of three youth players in his age group who have signed professional contracts with us this season, which is a reward for both our players and all our members of staff,” said head of the youth academy Volker Kersting.