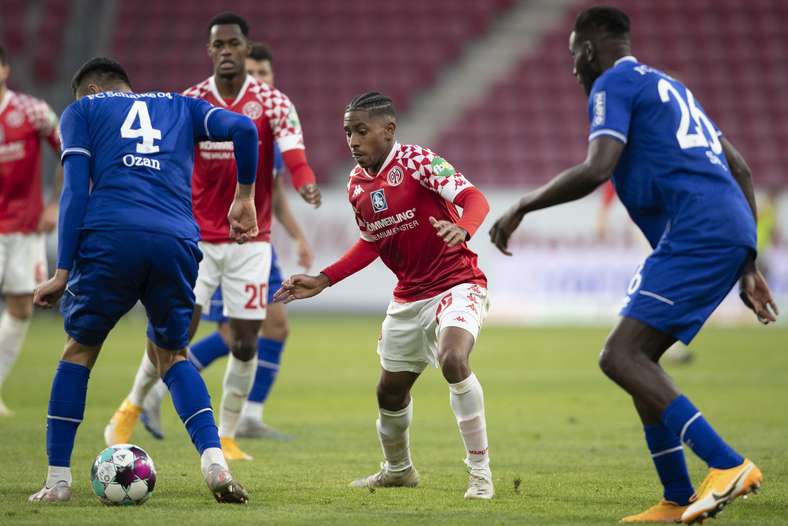 Leandro Barreiro & Edimilson Fernandes will both have three matches in the next ten days with Luxembourg and Switzerland.

During this international break, eight Mainz players will travel to represent their national teams, with one on standby.

Kunde Malong has the longest journey ahead of him. As part of the Africa Cup of Nations qualification, the midfielder will play Mozambique twice with Cameroon on November 12th and 16th. Jonathan Burkardt and Finn Dahmen round off the Mainz players on international duty as they face Slovenia and Wales as part of the European Championship qualifiers with the German U21 national team on 12 and 17 November. Defender Luca Kilian has been selected to Stefan Kuntz's squad on standby.

In addition to the regular Covid 19 tests required by UEFA and FIFA, and the applicable hygiene and corona protection protocols for national teams, all Zerofivers returning from their respective national teams will undergo another corona test immediately upon arrival in Mainz before returning to team training. On this basis, Mainz 05 will comply with its obligation of seclusion; individual quarantine measures are not expected due to the application of official regulations.