DO "MORE CONFLICTS" LEAD TO THE FIRST POINTS? 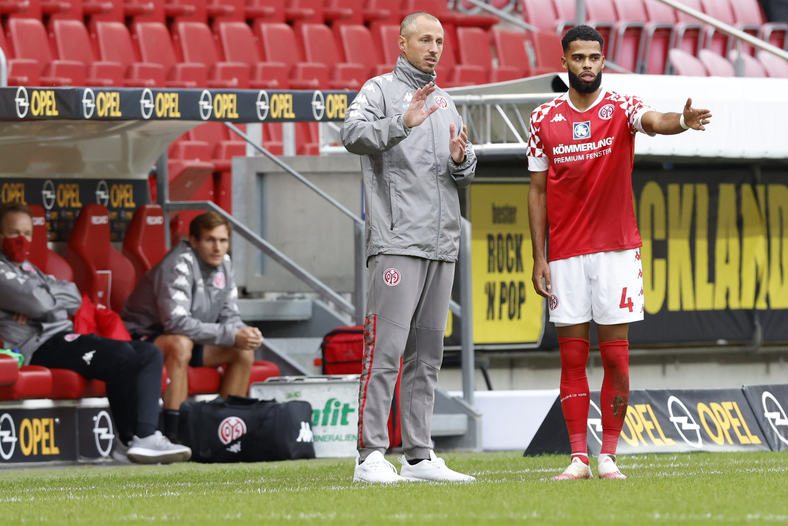 It's time for the talking to stop, was the feeling Rouven Schröder gave at the press conference before the game against Schalke 04 on Saturday afternoon (15.30pm) at the OPEL ARENA. "We want actions to speak for themselves on the pitch this weekend. I wish it was already half past three on Saturday and we could get going," said the sporting director. But of course the journalists need to ask questions before the two bottom teams meet. The head coach also reported that the explosive nature of the situation has been noticeable in training this week.

"With anger in our stomachs, we want to turn the tide, everyone is frustrated," said Jan-Moritz Lichte, following the sixth defeat in six games this season. This anger should be transformed into energy against Schalke, who have also had anything but a successful start to the season, and find a way into the game through positive experiences and to finally earn the first points of the season. The head coach prepares his players for a lively encounter in which he expects two aggressive teams who will try to be pro-active and take matters into their own hands. Lively, however, according to Lichte, can be quite good for one's own game, if one succeeds in creating it in the right situations and making the right decisions at that time. It is precisely these "right situations" that his team didn't find enough against Augsburg, as the 40-year-old and his coaches have analysed. The game against Gladbach, on the other hand, showed what this can look like: "For us it is important to create smaller and more narrow spaces on the pitch, to play football, to win balls from pressing the opponent and to move the ball forward quickly. We didn't succeed against Augsburg, we took too much time to make tackles, and too often we didn't create any chances after winning the ball. But these things can help you find your way into the game, develop a sense of joy in it, and hopefully feel the great joy at the end.

There's no doubt that in the end only three points can ignite this joy. After a start to forget, the Zerofivers want to put some points on the board before the international break. "We need energy, hard work, chances, good finishing on Saturday - the coach has basically said it all. We want to enter the break with a good feeling and points," Schröder added. The first win of the season against Schalke, who are also still without a win, would also guarantee that Mainz would move ahead of their opponent in the table. "We want to make positive headlines now," said Schröder combatively.

This can be achieved with the right balance between relaxation and tension. Especially the latter, the coach reported, has been clear to see on the training ground over the past few days. "There were more arguments in training than before," explained Lichte, who doesn't want this to be seen in a negative light: "It wasn't a physical confrontation, there was simply more need for communication, which was sometimes expressed more aggressively than usual.

It's life for us at Bruchweg, we're in a situation that annoys, stresses and doesn't allow anyone to go through the week light-heartedly, as Jeremiah St. Juste put on record on Wednesday: The defender spoke of a "feeling that stays with us the rest of the weekend when we go home. Football is not just a job, it's our life. I can't sit at home after defeats and have a relaxed evening, because a defeat stays in your head. You don't brush that off when the game is over. We are last with zero points, that is always the issue in our situation." A theme that needs to be put aside for the moment, and hopefully going forward: "There's so much up in the air. When we finally manage to achieve everything the coach gives us, the points will come", St. Juste remains optimistic.

But he is also clear: "It won't work on its own, we can't wait for something to be given to us. Everyone must understand that a way out of our situation does not come of its own accord," he says without any illusions. "In the current situation everything counts, every sprint, every block, every single chance, every shot. Every decision you make is important and can be valuable for the team". Clear words, which, as the Zerofivers players are aware, should and must be followed by action. After 90 minutes against the Royal Blues, the combination of correct decisions and a passionate performance should finally make the difference in order to leave the pitch as winners for the first time this season in the red and white jersey.