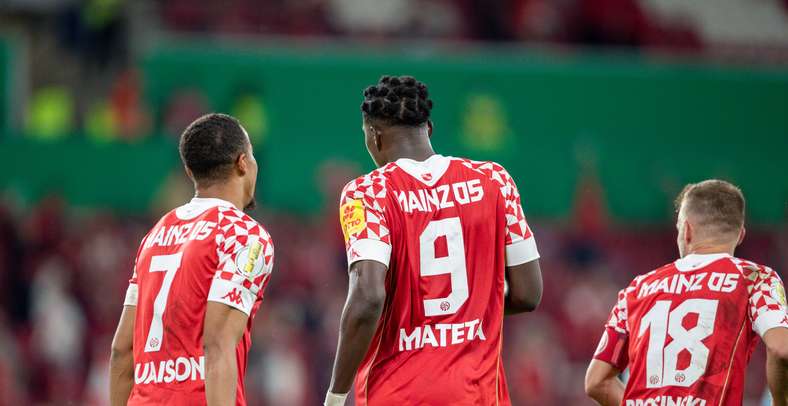 Mainz beat TSV Havelse 5-1 in the 1st round.

Mainz 05 will meet VfL Bochum in the second round of the DFB Cup competition shortly before Christmas. This was the result of the draw on Sunday evening on the ARD-Sportschau show. The match will take place on the 22/23rd December in the OPEL ARENA. The exact dates will be announced in the coming weeks.

In addition to the match with the second division team, the Zerofivers will also meet up again with Gerrit Holtmann, who after his one-year loan with Paderborn last summer has moved to VfL Bochum.

A traditional club, which I know well and appreciate very much

"First of all, it's nice to have a home game, in which we hope to welcome fans again to the OPEL ARENA at the end of December. And the draw is also tough - an ambitious, well-managed second-division team and a traditional club that I personally know well and appreciate very much," comments Rouven Schröder on the draw against his former club, who he once played for in the second division. "I spent seven years with VfL and still have many contacts in Bochum. My former team-mate Sebastian Schindzielorz is a successful manager there. This will certainly be a special game for our captain Danny Latza as a child of the Ruhr area and also a former Bochum player. We are looking forward to a strong, challenging opponent, but our ambition is of course very clear - we want to advance to the third round," the Sporting Director continued.